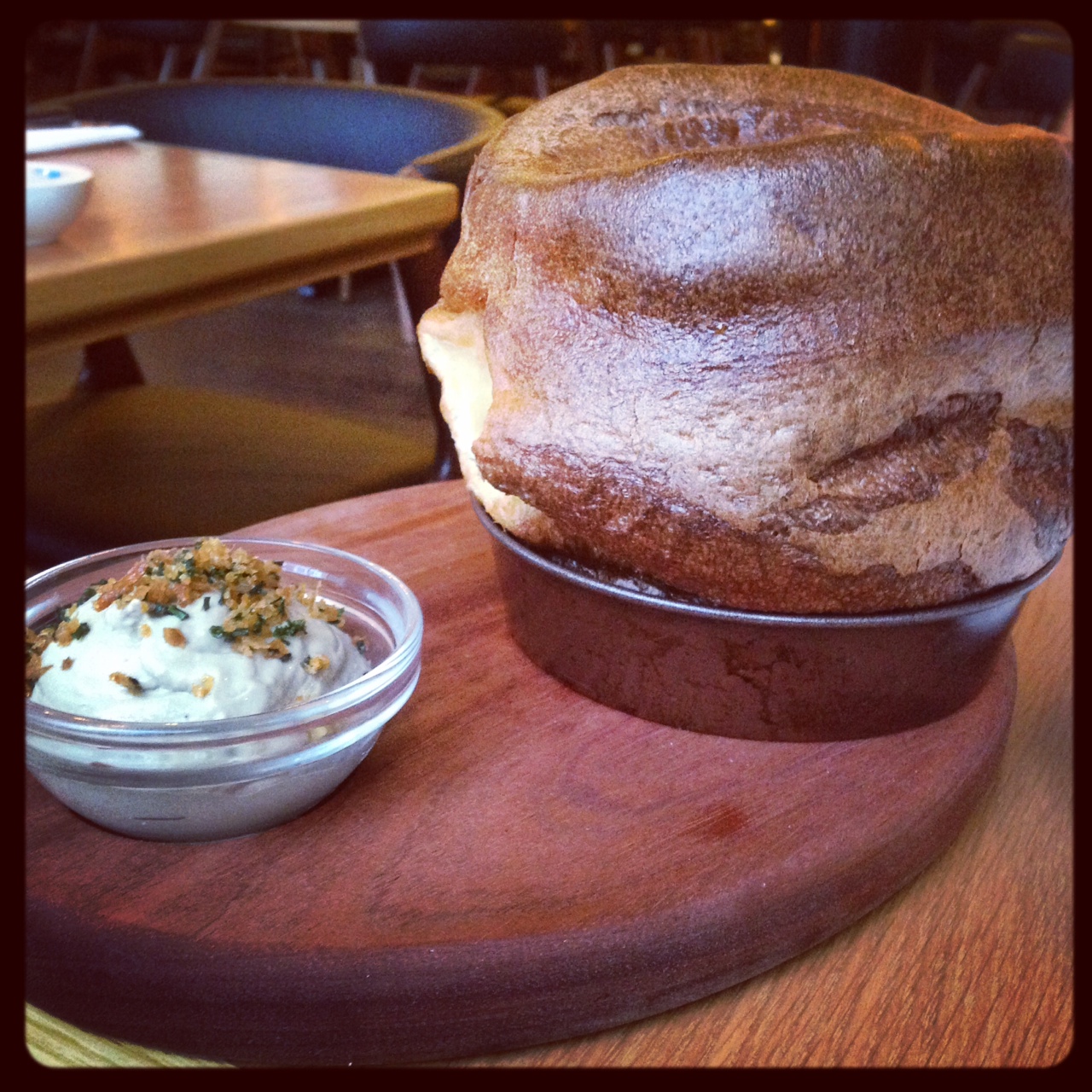 Starting off at Mark’s Bar – a perfect drinking den very similar in style to the Soho original – we went for a Temperley Sour, made from Somerset Royal cider brandy, Somerset Ponoma, apple and lemon. A definite winner in our books. We also couldn’t resist some amazing bar snacks including a GIANT Yorkshire pudding with whipped chicken livers (YOUMAY HAVE SEEN THE COMMOTION ON OUR SOCIAL MEDIA), beer stix (think posh Peperami – a good thing) and some very fine pork crackling with apple sauce.

The main restaurant upstairs is very spacious, light and airy with a big open kitchen at one end. We had some light starters of Portland crab with tomato, and a summer vegetable salad with cheddar fitters, both of which were polished off very quickly. For the mains we went steak all the way, choosing a sirloin and a fillet steak salad, both full of flavour and perfectly cooked. If you’re feeling really hungry we also noticed a short rib to share leaving the kitchen which looked pretty damn epic. 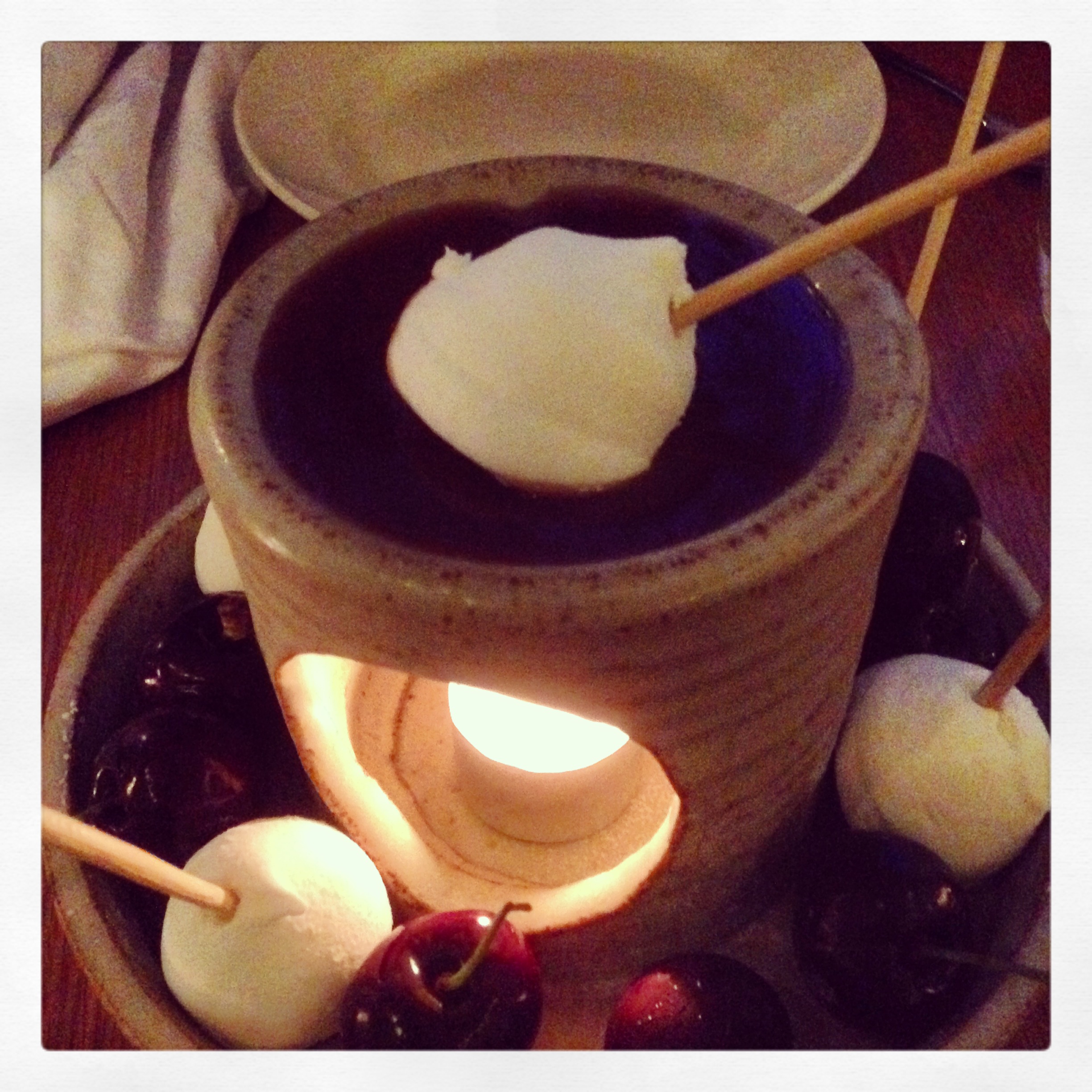 We finished things off with a salt caramel fondue – essentially a big bowl of the stuff with marshmallows and cherries which was so good we couldn’t help dipping our fingers in at the end. Warning: learn from us and don’t do this, however tempting it is – turns out hot caramel on skin is pretty painful!

If you’ve been to Tramshed or the original Hixter you’ll know what to expect here: good food and great cocktails in a stylish setting.