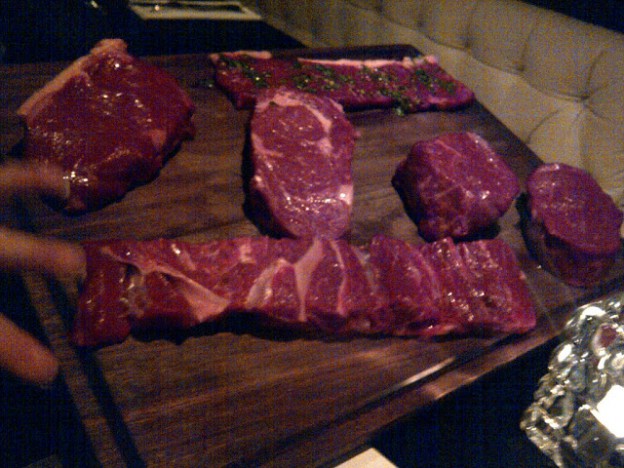 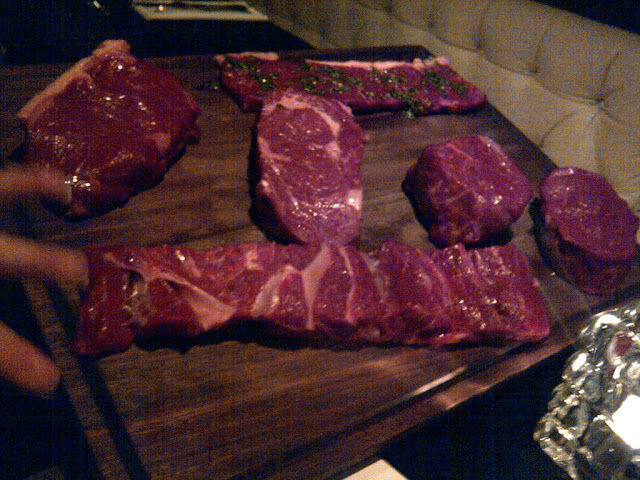 We recently went along to the Swallow Street branch to see if the group of steak restaurants had managed to capture the Argentine foodie experience. Inside the decor is pretty slick, with black walls, cowhide chairs and glitzy touches such as big lighting and mirrored walls. But the real star of the show is the food.

We started with the Empanadas, the Argentina’s version of a pasty and a diet staple for most South Americans. Gaucho offers three flavours; Beef, Chicken and Cheese and Onion. We tried the Beef – when in Rome – and the Cheese and Onion both of which were crammed with rich, tasty filling encased in a thick pastry.

The Lobster Ceviche (which these guys have actually been knocking out for years) was full of punchy, fresh flavours with pomegranate seeds and mango adding another level of texture to the juicy lobster pieces. But let’s make no mistakes here, the real reason people go to Gaucho are for the steaks and when you are ready to order your server brings out a huge wooden board full of different cuts of meat.

For us it’s all about the Bife de Lomo aka the fillet served weighing a respectable 300 grams. The steak was perfectly cooked, so tender it required minimal knife and jaw action with juices streaming across the plate. For big, bad ass steaks in London Guacho is up there with the best of them.