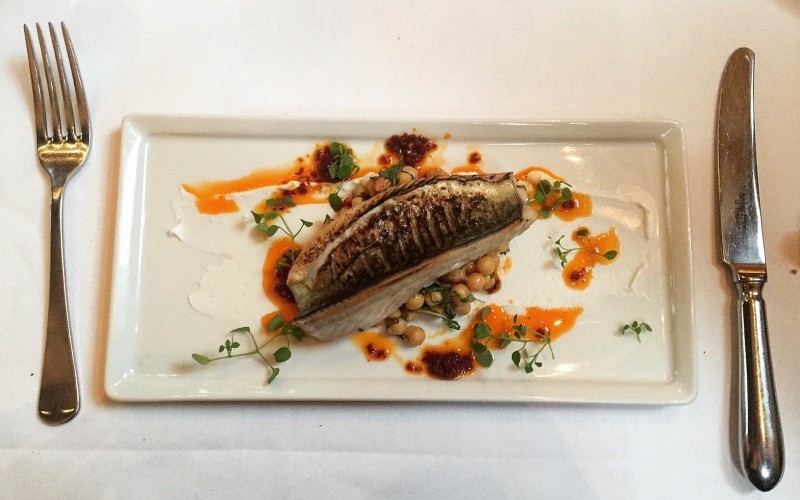 The restaurant is a beautiful space with many of the chapel’s original features on display and cosy booth seating along the back walls, where we were sat. There’s three choices for each course and to start we tried both the grilled mackerel with chickpeas and harissa and the ham hock and foie gras terrine, both pretty as a picture and damn tasty too. For mains there was roast beef with Yorkshire pud, gravy and crispy roasties, and pork neck with swede puree and black pudding, a perfect dish for a cold winter’s Sunday. Desserts of chocolate pot and the mandarin mousse weren’t quite up to the standard of the first two course but hey, we were absolutely stuffed by that point anyway.

Michelin-starred dining for just over 40 quid in beautiful surroundings – winning.