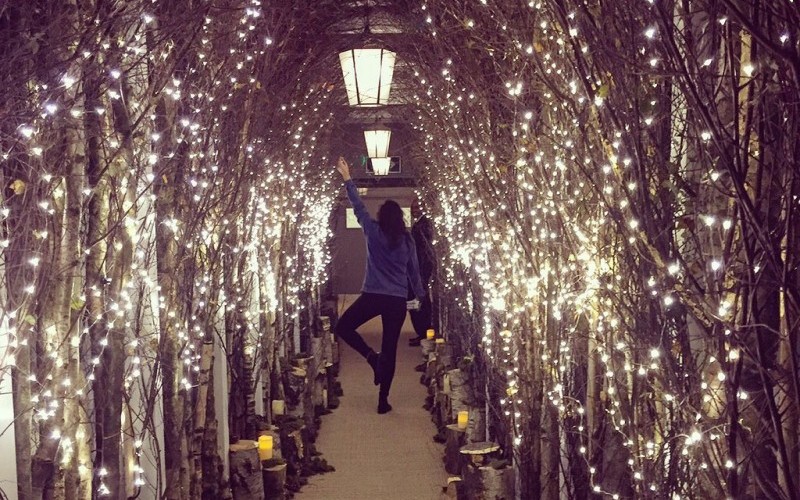 Des Mcdonald is behind the pop-up again and that means generous portions of grub. We kicked off with the Isle of Mull scallops with creamed potato and crispy haggis, served in a portion of three – a meal in itself and perhaps better shared if you’re not hunter gatherer style hungry.For main the Wild Highland Roe deer fillet with kale and elderberry sauce (yes that is Rudolf you’re eating) and the Griddled sea bass with roasted ceps and sea purslane were both hearty dishes. Full in flavour and in size. Only one of us managed to squeeze in a pud, the Chocolate Forest which is the “instagram” star of the show and yes they are meringue mushrooms.

So go on down to the woods today and you’ll be sure of a pleasant surprise. Big hearty dishes that would feed Goldilocks and her three bears…