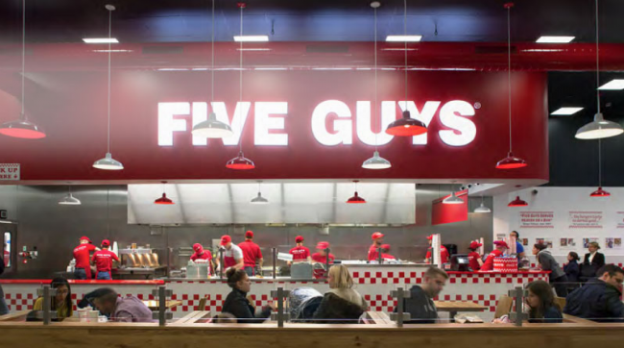 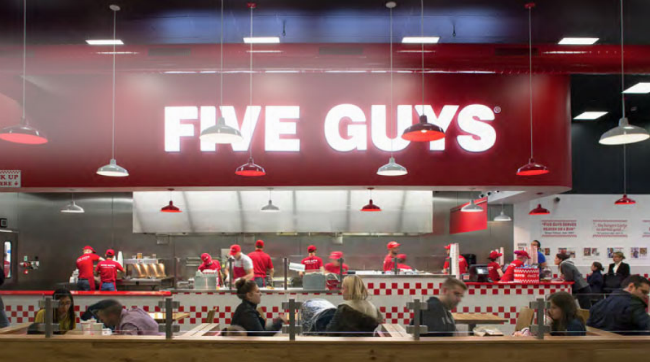 Burgers follow the usual Five Guys formula, the normal ones contain two patties and all of the toppings are free. Whilst the hot dogs come pretty much the same only with one sausage not two. Fries are severed up original with lashings of salt or Cajun with spices and just like the burgers a normal portion is enough to feed Five Guys.

The Coca-Cola freestyle drinks machine, which has been the talk of the town since these guys set up shop is indeed quite the toy – there are 100 flavours to choose from and, just to be certain, we stuck with one plain coke and a peach fanta.

Five Guys is clearly a no-nonsense fast food joint but the army behind the counter are having fun which makes it a little more exciting that your usual chains. For quick, decent fast food with unlimited beverages Five Guys is a good place to park yourself for a while. Go see for yourself.