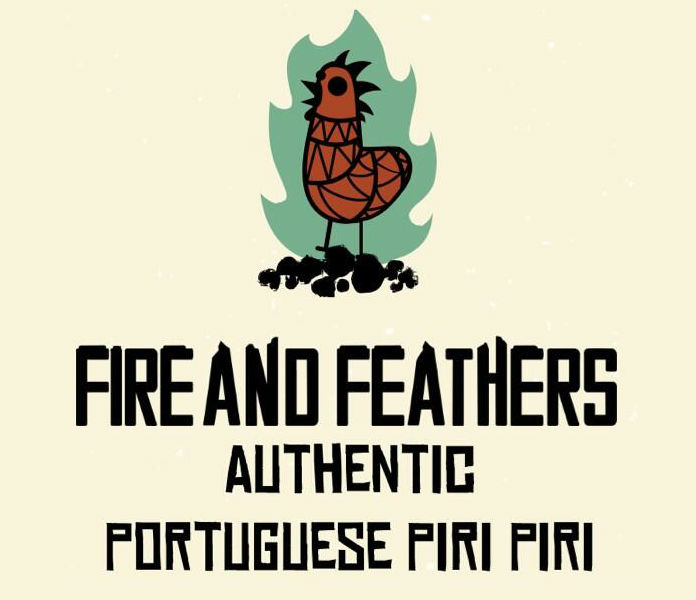 It might have been the 30 degrees on Friday that made us feel like we were kicking back in a Portuguese town but the exposed brick work and Mediterranean tiles of Fire and Feathers certainly added to the effect. It’s actually located on the Fulham Road and was a great little refuel stop off before a trip to the V&A.

With only four of each course on the menu you won’t be sat there for hour’s um-ing and ahh-ing over what to choose, more time to sip on cocktails and natter. The Praia Da Luz was the perfect choice on such a hot day, the zing of vodka, kiwi and fresh apple juice was complimented by the freshness of the cucumber. The berry Mojitos weren’t ‘alf bad either!

Most dishes on the menu are for sharing and are inspired by owner Harry’s trips to Portugal, with imported produce such as traditional sardine pate served with garlic carrots and olives. Garlic prawns are served with crusty bread, great for mopping up the juice after and the Peri Peri chicken oozes flavour, a little on the salty side so make sure you have a cocktail on standby to wash it down. Halloumi with roasted veg accompanied our chicken along with the African rice; black rice with peas and chopped bacon, simple and awesome.

A great place to meet with friends, listen to disco beats and eat fresh and flavoursome grub.