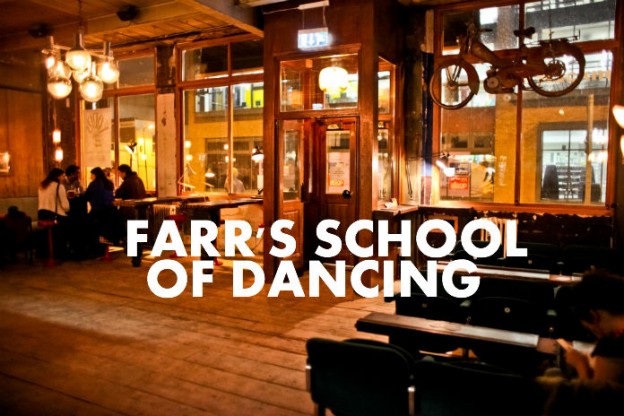 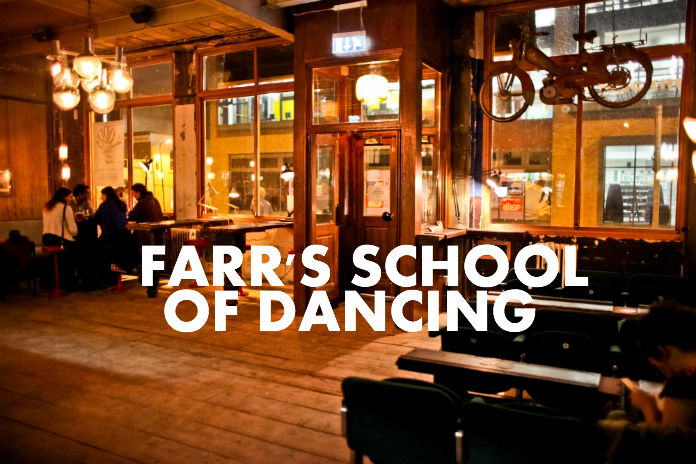 Inside the decor is a mix of antique and vintage, the spacious, open bar area means it’s well set for the busy weekend drinking crowds. Whilst Farrs may have opened last year the kitchen menu has only recently launched featuring everything from bread and stocks to charcuterie, pickles and mustards, all of which are made in-house.

The menu is split into snacks, small plates and large plates – it’s very on trend. We nibbled on the salty, fried pig skins and sour pickle dip and the creamy ham and cheese parcels in puff pastry which resembled profiteroles. 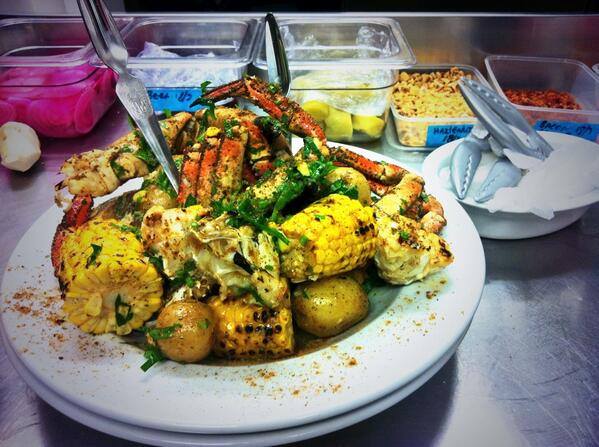 From the larger plates The Crab with new potatoes, sweet corn and old bay seasoning drew us in…one big ass boiled up crab with legs and claws a’hanging in a flavoursome broth. Not experienced fisherman we have to say we struggled getting into the damn crab and it’s not a strong look in a trendy Dalston pub, especially with the supplied factory rubber gloves on.

That said once we’d cracked it the juicy crab meat was pretty tasty and so was that broth. Work hard, eat hard right??!  Word on the street is they are also planning to open a first floor restaurant and basement speakeasy bar too.