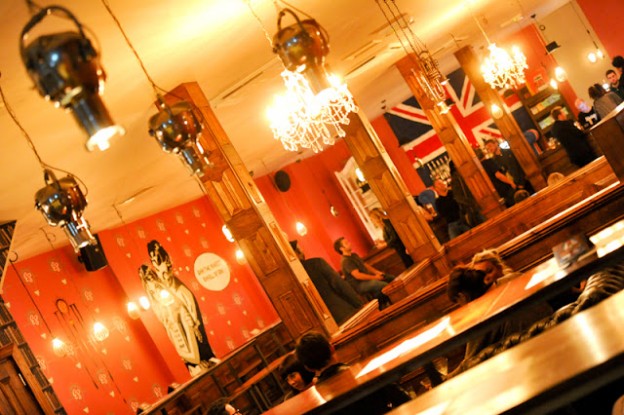 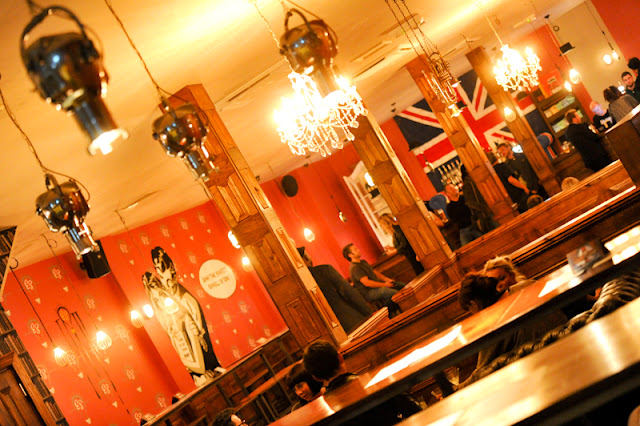 So what better way to celebrate making it to the end of another week than kicking back with a bloody mary, Sunday broadsheets and a proper roast dinner in a friendly neighbourhood environment? Brixton’s Electric Social is just one such place. By night, it’s a trendy bar full of South London’s fashionable crowd and by day, it’s largely the same crowd just nursing a few sore heads from the night before.

The decor is styled to look like a classic English stately home with a very modern twist – classic portraits of Kings and Queens have subtle graffiti-ed alterations; luxurious comfy Chesterfield sofas have been modified to create what is now the biggest in Europe and imitation hunting trophies adorn the walls behind the bar. The evening atmosphere is that of a house party in a mansion but in the day it couldn’t be more chilled out.

The food isn’t half bad either with Sunday lunches a clear step above your average local pub. We started with the beer batted squid with deep crunchy batter and potted shrimp with a strong fishy taste, definitely one for seafood lovers. The main event was what we were here for though and we sampled the roast beef and the roast lamb, presented on large square plates with the vegetables arriving separately. The rib of beef was thick cut and steak-like with marbling running through it like a road map and the lamb a slab of moist well seasoned meat. Both were served with parsnips, carrots, broccoli, cauliflower and courgettes along with roast potatoes, Yorkshire pudding and lashings of gravy.

The perfect way to conclude the meal was with the cheese plate, so large that two people struggled to finish it. Goat’s cheese, Brie, smoked applewood cheddar and blue Leicester were accompanied by plenty of crackers. It has always been a complaint of ours that restaurants rarely serve enough crackers with their cheese, so full marks to Electric Social! Along with the food was a second highlight though; our meal had been accompanied by reggae and ska played by a very young DJ (just 12 years old!) who certainly wouldn’t have been allowed into the venue in the evening but his musically knowledge was as extensive as his record collection and provided the perfect soundtrack to the meal.