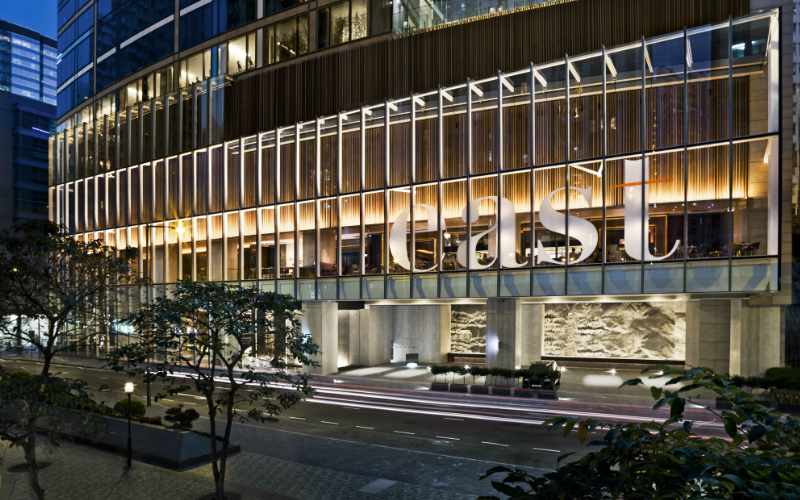 The area, and East hotel in particular, is also well connected to the rest of the island, being roughly 10 seconds from the nearest metro so you can easily get out and about. East has another major benefit over many of Hong Kong’s hotels – an outdoor pool! This was amazing to come back to for a relaxing dip after a long day pounding the pavements of the city.

The hotel itself is smart and nicely designed, with art pieces woven throughout and with many of the rooms having pretty stunning views of the harbour. We loved waking up, opening the curtains (electronically controlled by a bedside switch, of course) and looking out across the bay and the rooftops below. Just behind the main bedroom there’s a separate bathroom area with rainforest shower, a mini bar and a desk, just in case you are working.

One of the nicest features though, was an in-room mobile phone which was free for you to use during your stay – not only was this great for having maps, instagram and email without the roaming charges, it was also preloaded with the hotel’s city guide, with which we found loads of great stuff to do. Hopefully this is something we’ll see in more hotels in the future.

Smart design, gadgets, and location, East hotel is well worth checking out for any Hong kong trip, business or pleasure.