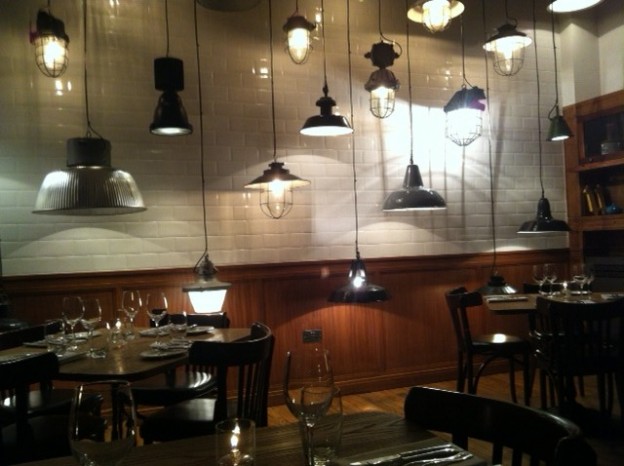 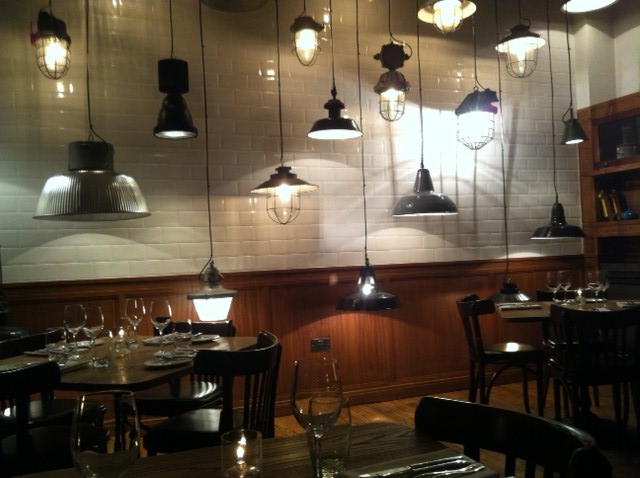 Feeling a bit like Jack Nicholson in One Flew Over The Cuckoo’s Nest we sat on a church style bench and waited for a table, as dinner is walk-in only. We got there about nine which on a Friday could have been touch and go but thankfully, we didn’t have to wait for long. The restaurant itself looks pretty cool, your standard exposed brick walls sit behind a selection of quirky lamps hanging from the ceiling at different heights.

A freebie is always good so we were impressed when the waiter arrived with olives stuffed with anchovy and orange, the sweet flavour of the orange a great contrast to the salty anchovy. The sourdough and fruit & walnut breads were also a nice touch and for just £1 per person – we’d happily pay four times that!

The menu changes to reflect seasonal ingredients and offered a range of most things. To start we opted for the squid with buttermilk and asparagus and the crab with seaweed and baby new potatoes to start. As you can expect from a Michelin starred chef, the food looks and tastes great but the portions are pretty small.

On recommendation from the Waiter for main we went for the confit salmon with fried aubergine and agedashi and the megrim with chard and brown butter, the megrim being the dish of the night. The fish was soft and light, with the brown butter adding a depth of flavour.

For dessert the liquorice with meringue and ice-cream had hint of black pepper, the strange, jelly-like texture of the liquorice worked a treat with the crunchy meringue softened by the ice-cream. We also had the rhubarb and white chocolate served on a muesli type crumble and finished with a rich sauce. Both dishes looked like pieces of art from the Saatchi Gallery and tasted as good as they looked.

Corner Room is great choice if you’re looking to impress. 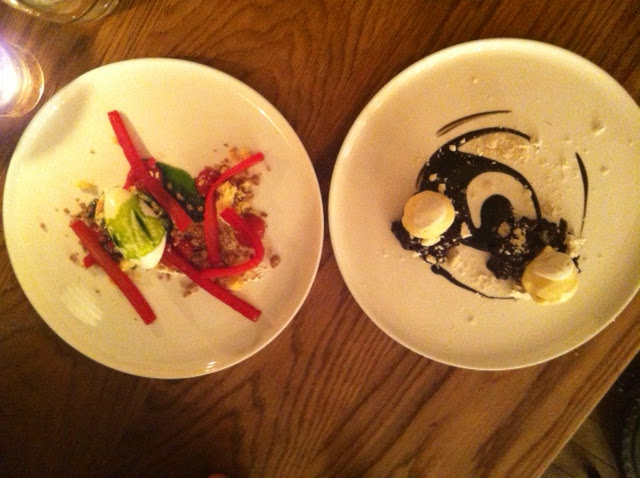