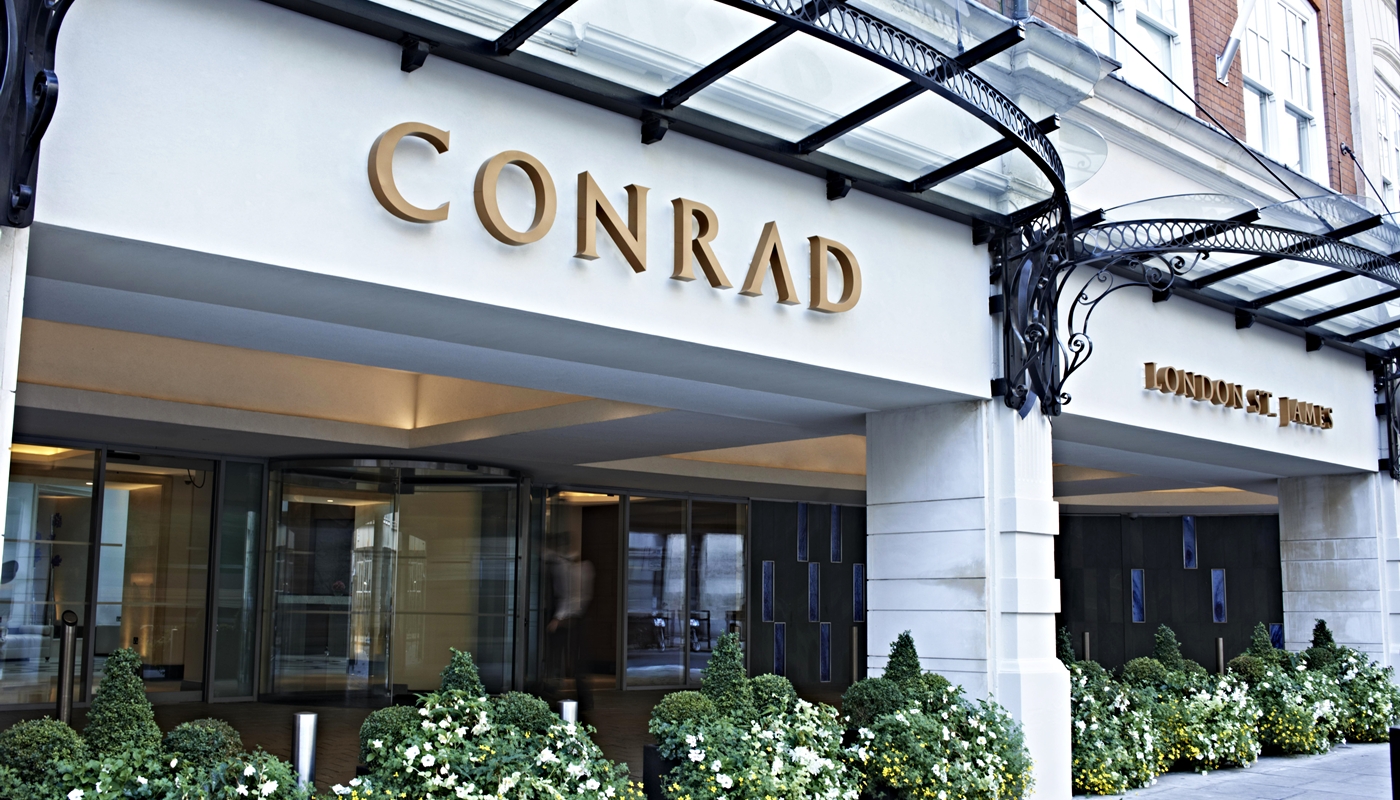 The hotel, which is operated by Hilton – Conrad is their plush brand – offers up typical luxury decor, new but with a nod to old school glamour; think creams, greys and leathers throughout. This theme is continued in the 256 rooms which feature neutral tones but there’s a strong emphasis on technology and all rooms come with a bath tub, walk-in shower and Nespresso machine. The King Grand Deluxe Rooms also come with a 42 inch TV, a media hub so you can link up your tech with the TV, remote control black-out curtains and huge bathrooms. The black out curtains and comfy beds mean that a sound sleep is inevitable… 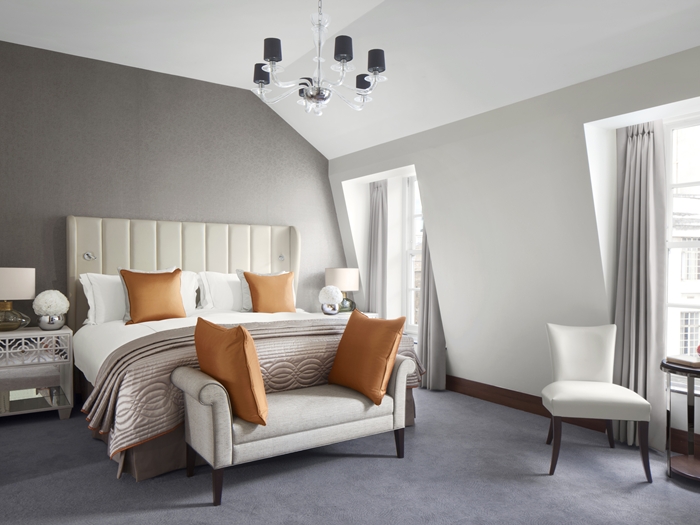 The hotel also houses an Exec Lounge which serves up food and drinks all day, including fresh donut balls with salted caramel sauce = DANGEROUS. Breakfast is served in the Blue Boar restaurant and there’s a decent selection including some homemade granola.

If you’re looking to live it up in St James or need a hotel suitable for the ‘rents this will do the job nicely.