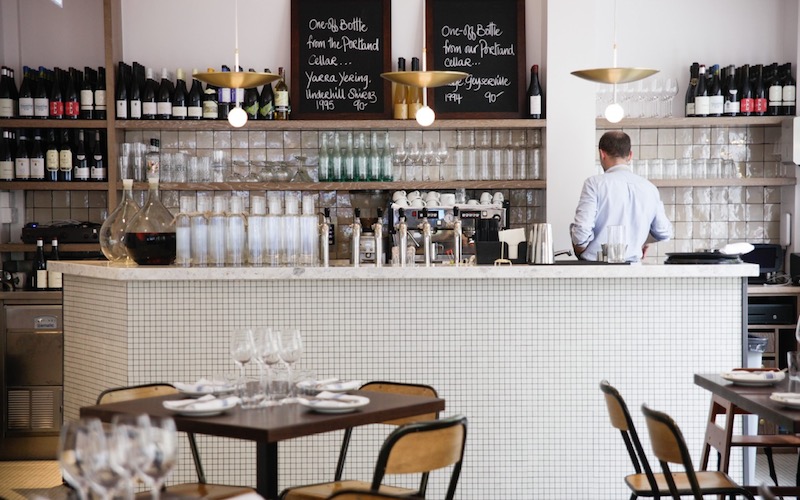 Naming a restaurant after the street it’s on it’s hardly an original idea but the owners of Portland are clearly choosing their streets carefully. Of course when your restaurants are in Fitzrovia, pretty much any street is going to throw up a pleasing name, and with their newest, Clipstone, they’re on to another solid two-syllable winner; simple but with a hint of grandeur.

That actually pretty well describes everything about Clipstone. The design is simple but classy with white painted exterior and huge windows which let in lots of natural light. The menu too, doesn’t overcomplicate things but delivers on big flavoursome dishes. We kicked off with some homemade pickles plucked from jars which you’ll see dotted around the restaurant, and some slices of Ventricina, an Italian salami with a bit of a kick to it. 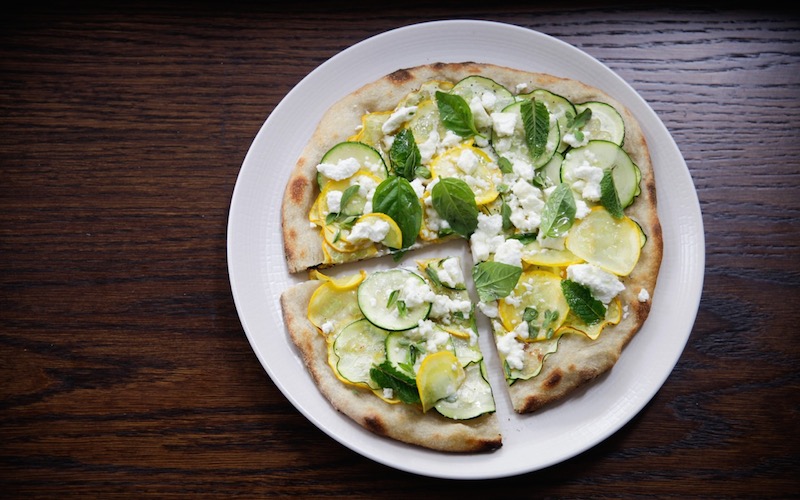 Things went up a notch with dishes from the ‘Summer Plates’ section of the menu. We loved the tomatoes, raspberries, and basil in fermented tomato juice and the fried leeks which arrived in a tempura-like batter, served with sauce gribiche. We also tried one of the flatbreads, topped with scallops and walnut pesto before hitting the mains, a sweet carrot and ricotta filled ravioli and a perfectly cooked slice of Cornish plaice with rainbow chard. The Paris-Brest is already Clipstone’s signature, Instagram-ready dessert and it’s a beauty – hazelnut cream-filled choux pastry is a hard one to beat.

Clipstone has only been open a couple of weeks but already it has the feel of a great restaurant: quietly confident, delivering great food, and with friendly service. We look forward to whichever street these guys rock up to next.