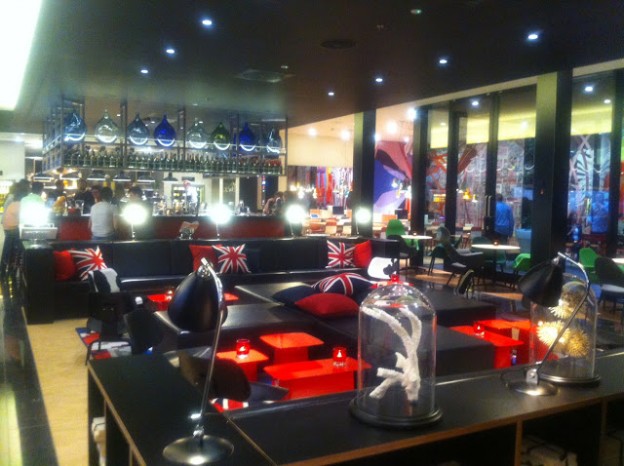 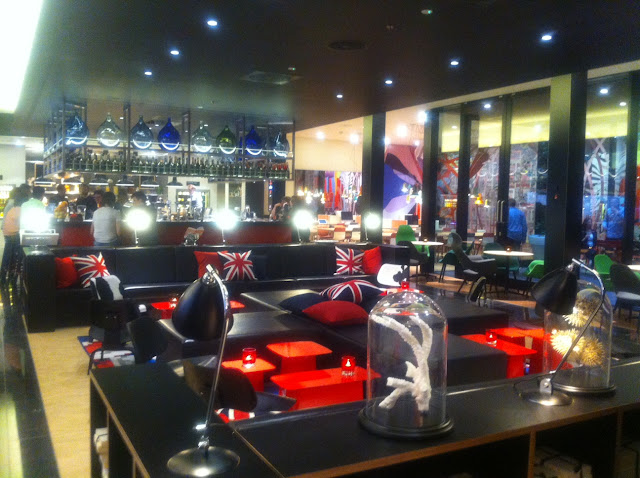 Even before you enter the building you can tell this is one funky hotel, there is a huge sign hanging outside which states “Another World Is Possible” and a wooden square entrance which is lit up in red. Check in is on the left and can be done virtually via the computers – if this scares you then fear not there are “Ambassadors” around to help.

Once you’ve checked in you are given a key card which operates the lift and your room door. However before you go rushing up to bed we’d seriously suggest checking out the uber-cool public areas which are decked out with quirky furniture, ornaments and statement artwork – we spotted huge Andy Warhol and Robbie Williams prints, union jack cushions, seashells in jars and tons and tons of books!

There is a destination bar which serves cocktails, beers and hot drinks and canteenM, a small shop style area which is open 24 hours in case you want to grab a quick snack or breakfast in the morning. There are work station areas for you to plug your laptop in and iMacs available to use. The whole ground floor is open plan and almost feels like a posh hostel as it’s very sociable. 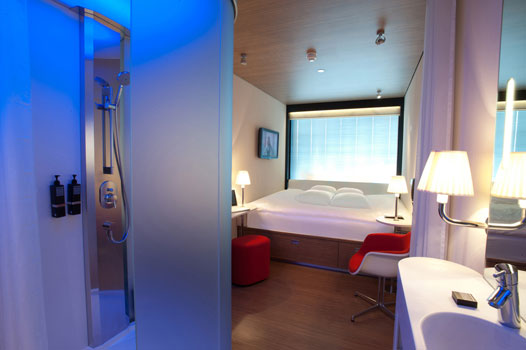 Upstairs are 192 rooms which are all exactly the same, compact and simple whilst still managing to fit in an XL (and very comfy!) bed, shower and fridge. The rooms are pretty high-tech too, all feature a tablet mood pad which operates everything from the TV to the mood lighting and can be used to access the Internet too. There is free WiFi throughout the hotel, free movies in your room and some funky toiletries on offer.


The hotels all have large windows with electric blinds, ours looked out onto the courtyard and into other peoples rooms which was slightly weird in the morning watching everyone get up. The only thing we didn’t like was the fact we couldn’t turn off the fan and there was no iPod docking station but that was mainly because we’d forgotten our charger.

The next morning we sampled some breakfast and were suitably impressed with the spread; everything from bacon and sausages to croissants, fruit and granola. We left the CitizenM very impressed, we have no doubt this hotel (and the next two hotels planned for London) will gain a lot of fans – London hotels take note CitizenM is raising the game! 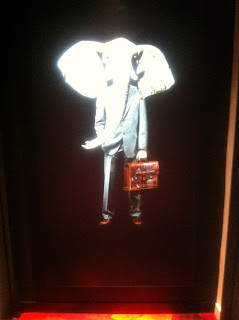 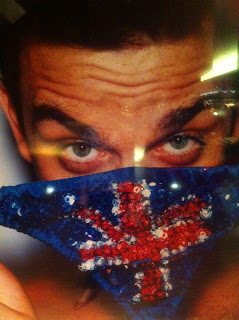