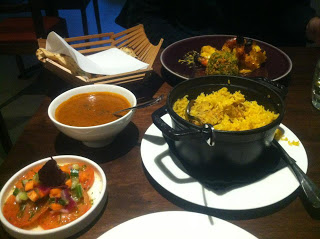 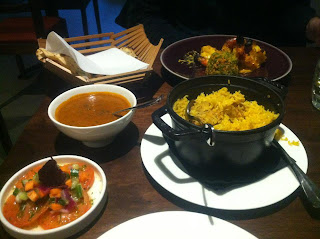 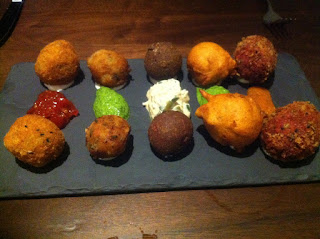 Located on Kingly Street, the restaurant, which is only two weeks old is already proving popular with the press, who have taken a liking to its balls. We started with a selection of these so called balls which were ten balls made up of five different flavours, each flavour accompanied by a homemade sauce or chutney. Of the balls the Crab Cake and Bangla-Scotch Egg were our favourites – small, seriously tasty, sexy balls!

We followed with the Lucknow-style Black Leg chicken biryani, a generous portion served piping hot in a stone oven pot, with tender chunks of chicken and well spiced rice.  The Tandoori King Prawns were another great dish, huge juicy prawns with a creamy Alleppey curry sauce which had an intense hot kick to it. We completed the meal with a fresh Garlic Naan,  Black Lentils and an Indian Salad.

Drinks wise the restaurant offers a good selection of wines, beers and a quirky cocktail list which features signature twists on classic drinks such as the Cinnamon Bellini, a mix of Cinnamon tea, Goldshläger and prosecco.

On a whole we can’t knock the Cinnamon Soho, it is every bit as good as good as its sisters and we have no doubt it will be just as popular! Check it out people… 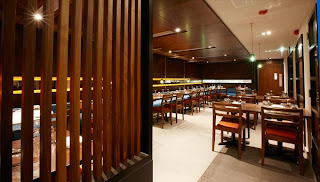 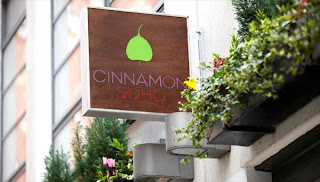