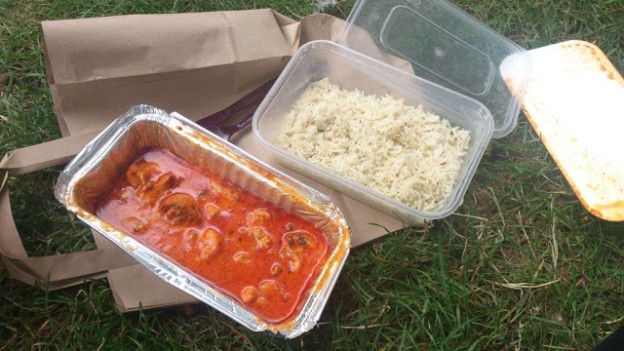 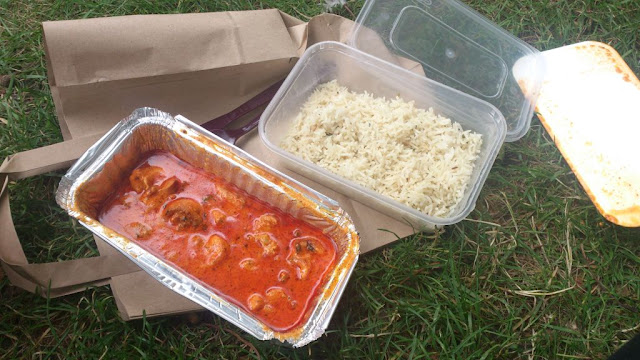 The menu is a slimmed down version of the restaurant menu with a Dish Of The Day which changes daily, we visited on Thursday when the Dish of The Day was Old Delhi style chicken curry with pilau rice. So we placed our order and rocked up at our request time of 1:30pm, and as if my magic we were handed a brown bag. Off we trotted to the park to enjoy our curry which was crammed with succulent chicken pieces coated in a thick, hot spicy sauce accompanied by a carton fluffy pilau rice. The portions are generous, the food is fresh and tasty and if you order by 11am it’s ready for pick-up. BOOM!