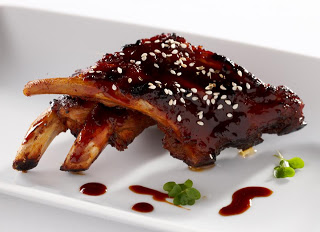 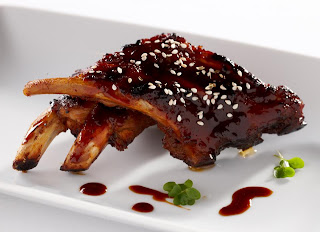 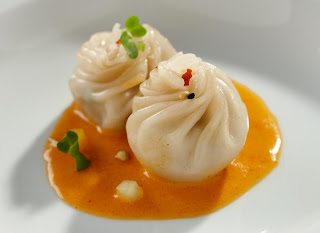 We kicked off our recent visit with a couple of the Winter Martinis served alongside a selection of fresh Naan breads and homemade chutneys. These were followed by starters of Scottish Lobster Momos; three small pasta parcels generously filled with juicy lobster meat and drizzled in a spicy, creamy curry sauce. Charred Pork Back Ribs with a hot and sweet glaze were another great dish, the flavoursome meat so tender it fell off the bone.

For mains the recommended french Black Leg Chicken with fresh fenugreek fully deserves its reputation as one of the best dishes on the menu, a roasted leg of soft chicken served with a well spiced sauce and a mound of cous cous. The Stir-Fried King Prawns with tanjore spices were three huge prawns accompanied by rice, a small pile of fried veg and creamy curry sauce. Masala spiced mash and stir fried greens with cumin and garlic completed the line-up.

Too stuffed to manage two desserts we opted to share the Indian banana tarte, a disk of pastry topped with carmelised banana and drenched in sticky, sweet syrup – not for the faint hearted! We washed it down with a decent red chosen by the sommelier but if you do know your wines you’ll want to check out the wine list…put simply it’s huge!

If you like your Indian food with a twist check out the bustling Cinnamon Kitchen – This month they have a special detox menu and the express lunch (3 courses for under 20 quid) is great value. 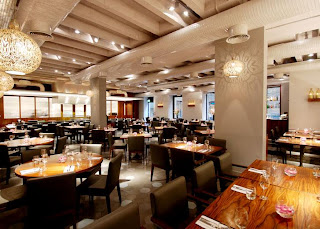 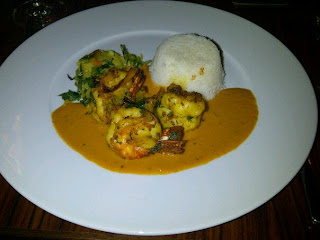