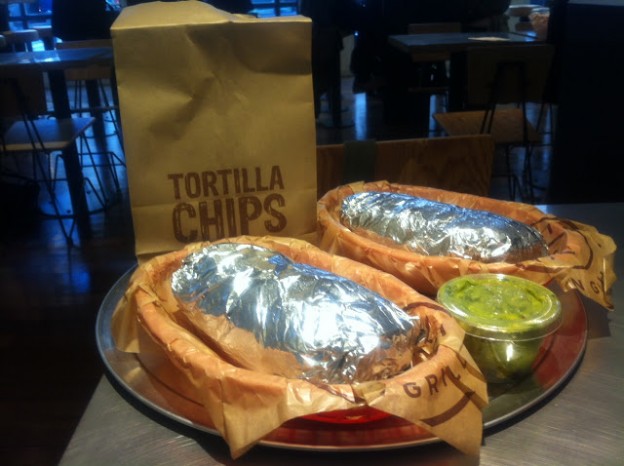 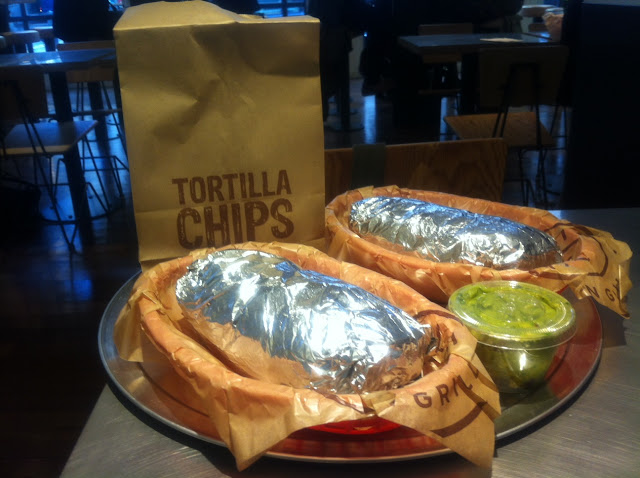 Chipotle prides themselves on serving ‘food with integrity’ and the Mexican fast food chain recently opened a bigger, better, shiner joint on Wardour Street which offers a good selection of dine-in seats. Service is efficient and like most other Burrito joints you choose your meal, meat, fillings and toppings, moving down the “human conveyor belt” for each stage.

We ordered the Barbacoa Burrito which is slowly braised shredded Beef which has been marinated in a spice mix for 8 hours, as you can imagine it’s pretty tender! We added some Brown Rice to the mix – full marks on offering Brown rice, beans, sour cream, cheese, salsa and guacamole. There is no denying it these are heavyweight burritos and even though they were crammed with filling you could still taste the meat throughout, a flavour which can get lost in the mix sometimes.

If Burritos aren’t your thing then there are bowls, nachos, tacos and salads to choose from. Definitely in our Top 3 Burritos in town.