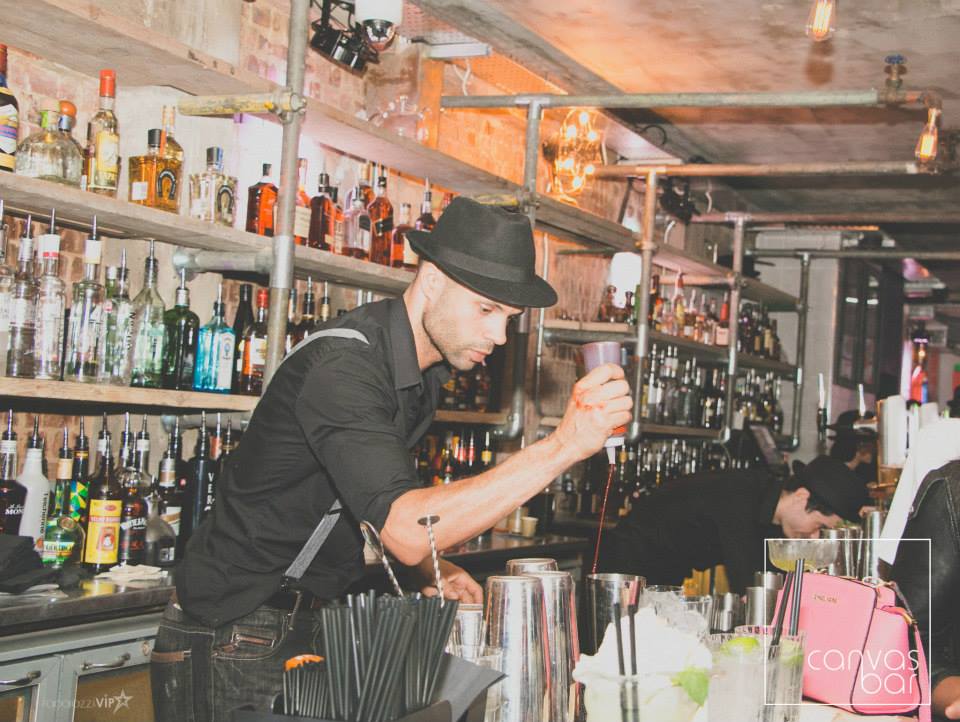 Combining art and alcohol in their Old Street corner venue, there’s a real industrial feel thanks to the smoke stain-effect ceiling and bald lightbulbs, with kegs transformed into tables and an old bike moulded into a side bar for a more literal ‘upcycled’ approach to furnishings.

And with imaginative concoctions from European Bartender School instructor Jumbles St Pierre, there’s definitely a drink (or three) for everyone, with the Peanut Colada and Shoreditch Ice Tea topping our list – though the St Lawrence Sour certainly packs a serious punch for those after something a little stronger. 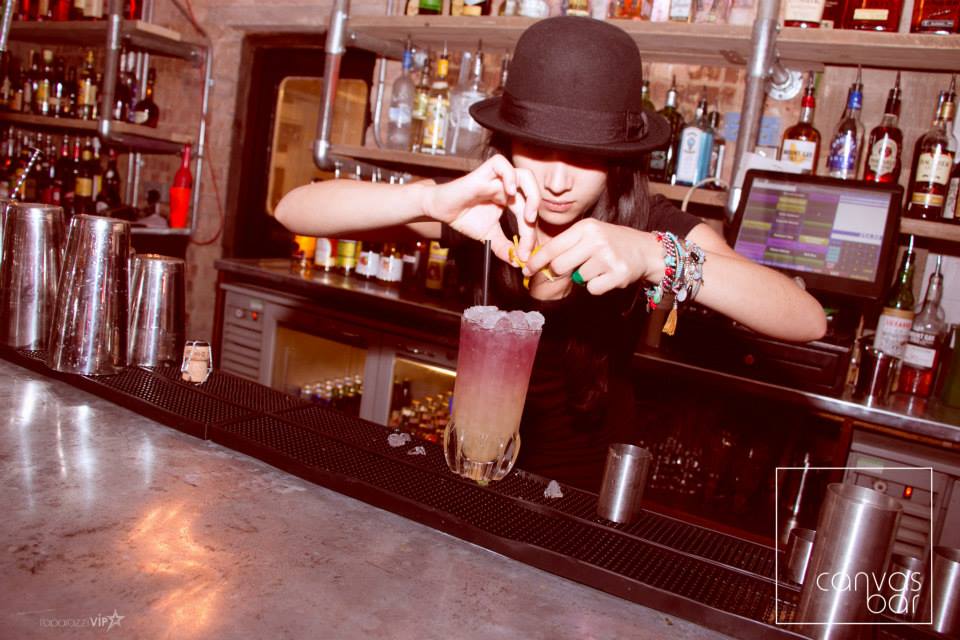 As the bartenders hop around in their bowler hats and braces, and tables seem to randomly appear from the walls (we may have had a few too many X-Presso Martinis by this point), the party won’t stop ‘till the early hours, with live DJ sets and entertainment on daily from 3pm.

And the art? We’re certainly expecting big things from their bi-monthly (ish) exhibitions, after local artist Bortusk Leer created the bar’s first piece in front of our very eyes, spray painting his colourful glow in the dark monsters onto the back wall during the press launch. C’mon, it doesn’t get more instant than that.