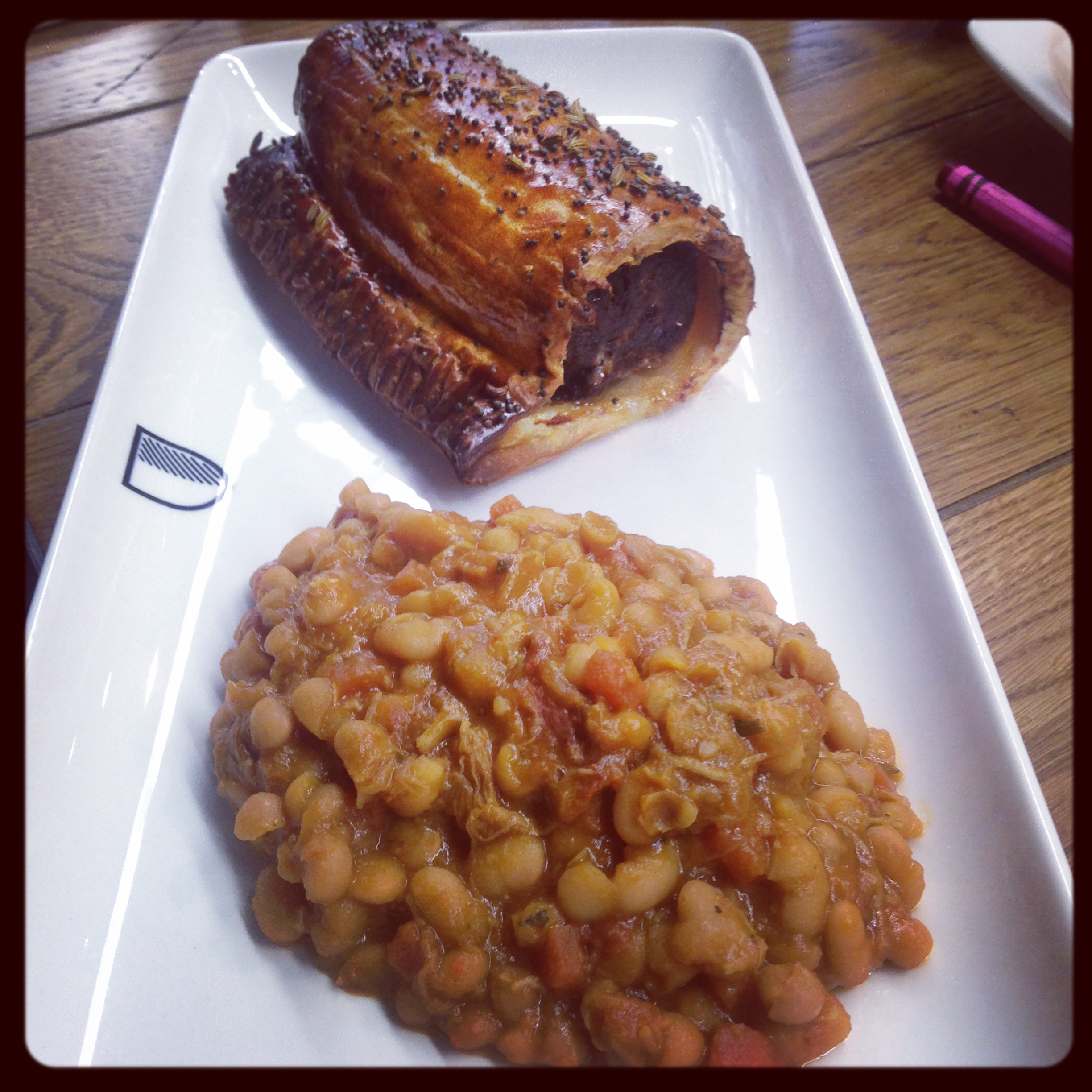 Set in Westfield Stratford, Cafe Football features more TV screens showing football in one room than your average Northern family has in one house – and that’s A LOT. The decor is pretty simple and on a Saturday (football free) arvo the vibes feel more family than hooligan.

>We kicked things off (pun intended – there’s no escaping ’em here!)  with the infamous sausage roll, generously filled with pork shoulder, dijon mustard and black pudding encased in a flaky pastry shell and served alongside homemade baked beans which contained pulled pork. We’re not gonna liewe’d take an early shower for his! 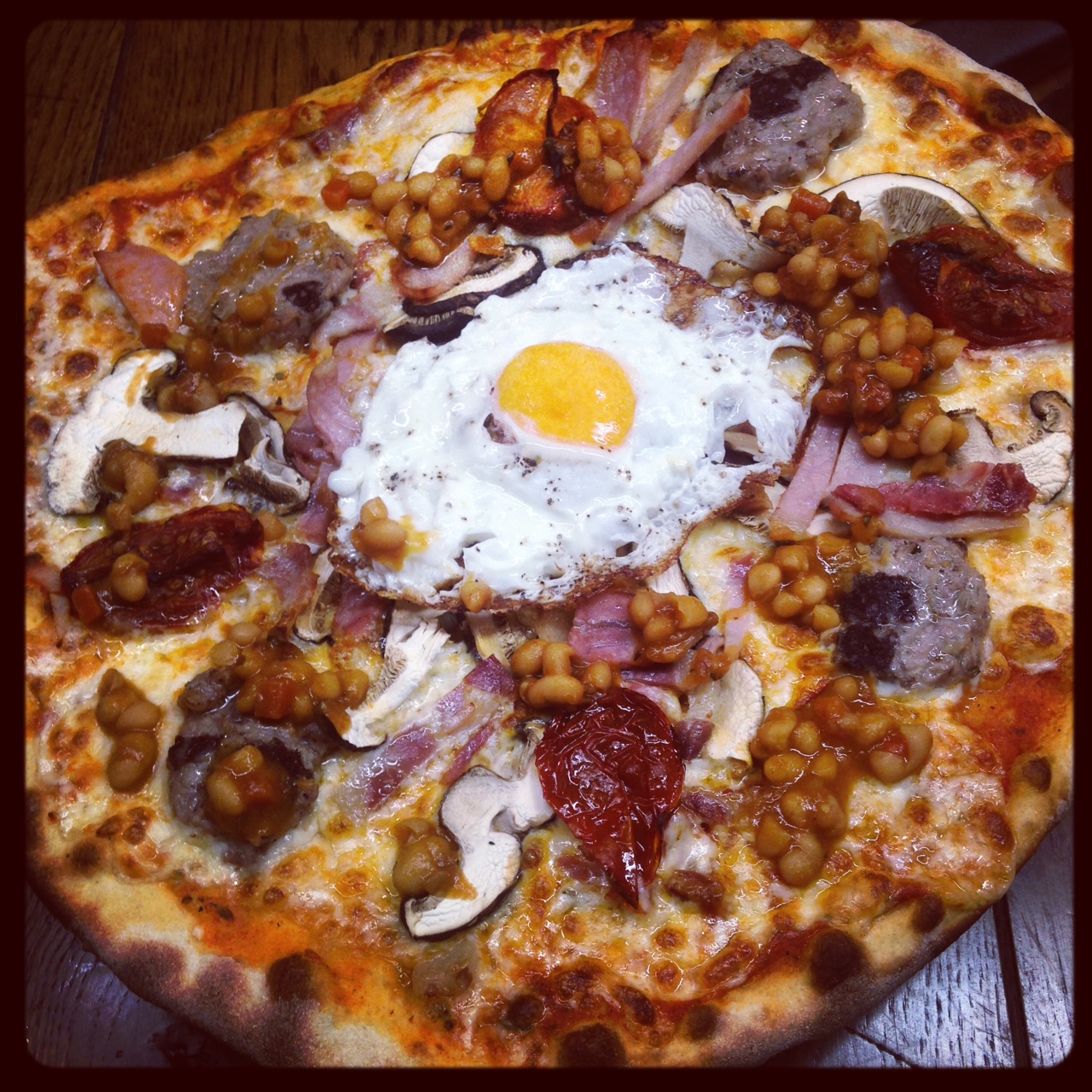 The Early Kick Off pizza is another crowd pleaser, basically a full english brekkie on a pizza with egg, bacon, mushrooms, tomato and sausage. There’s nothing not to like. Before full-time we’d definitely recommend checking out the desserts – there’s even a sweet shop! Our fav though was the melting football, a chocolate football filled with mousse and cherries that melted at the table when a sauce was poured over it.

The only thing we didn’t rate was the cocktails, like Gazza they should of been left in the 90s. That said the restaurant plays a pretty good game. We also here there’s plans for a Hotel Football in Manchester – we can only imagine the ball games going on in those rooms….