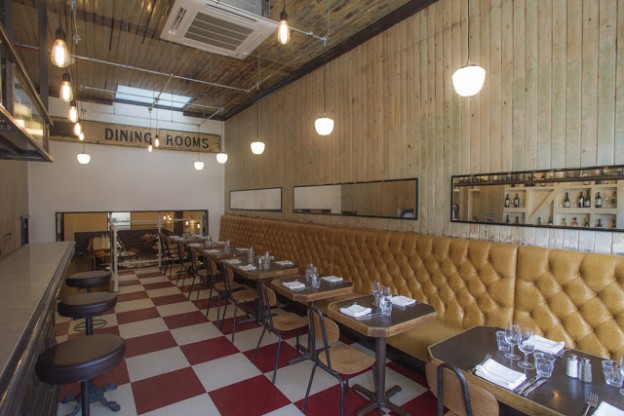 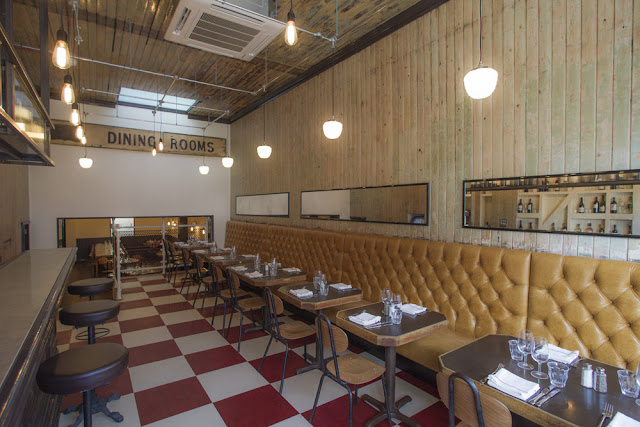 Uxbridge Road isn’t known for its beauty, kebab shop – offy – kebab shop, and that’s not an exaggeration. Out of the blue, or is that grey? Is the hidden gem that is Bush Hall. A music hall, with a music school attached and now the Bush Hall Dining Rooms. Described as a true neighbourhood restaurant, Head Chef Tim Tapper, formerly of Annie’s in Chiswick says “It’s the best food we’ve loved, remembered and sometimes re-worked”.

The menu is very British, it’s traditional dining with a contemporary twist. Homemade favourites that we grew up with, made just a little more adult. We started with the bloody Mary mussels (OK, so this wasn’t on the menu up North at home) which was like gastronomy Russian roulette – some spicy, some sweet, and got more delicious the further we got down.

The pork & pistachio terrine with ale chutney was hearty and meaty, definitely one for sharing. Up next was pork 3 ways, our favourite had to be the crispy topped belly dipped in the crab apple sauce which gave it a sweet and salty combination. Finally came the dessert, this is when the real childhood memories came back to life. Knickerbocker Glory, an absolute winner and then strawberries and cream with shortbread. The Bush Hall Dining Rooms, used to be a greasy spoon called the Harp Café, much of the interiors, now more rustic chic than rundown shabby, was re-used and upgraded, much like the traditional menu. Next time you’re in the Bush, look out for this shining gem.