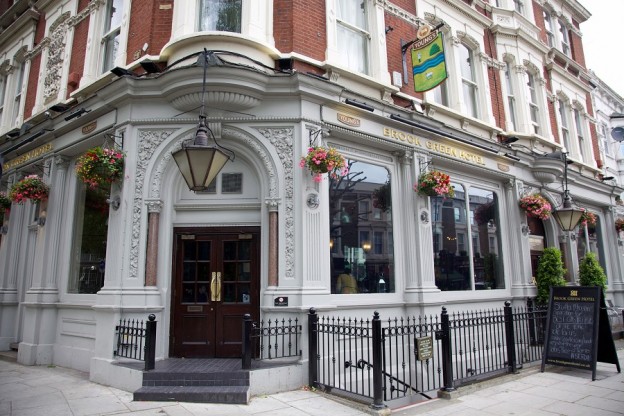 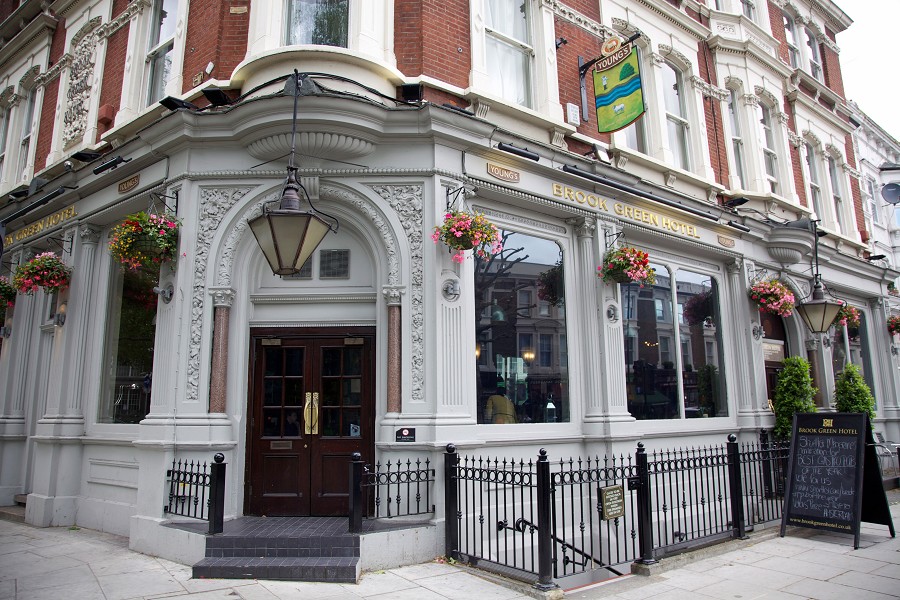 Located on Shepherds Bush Rd, just a couple of minutes walk from Hammersmith tube station, the Brook Green Hotel was originally used as a coach house and the Youngs Brewery team have managed to retain the character of the building whilst creating a modern pub and hotel.

We stayed in one of the Smiths rooms and felt instantly welcome thanks to thoughtful touches like the mock newspaper with information for guests, the iPod docking station and posh coffee and tea making facilities. And don’t get us started on the bathroom. The enormous bathtub will have even the most frazzled Londoner feeling Zen (especially once you get stuck into all the Algotherm toiletries) 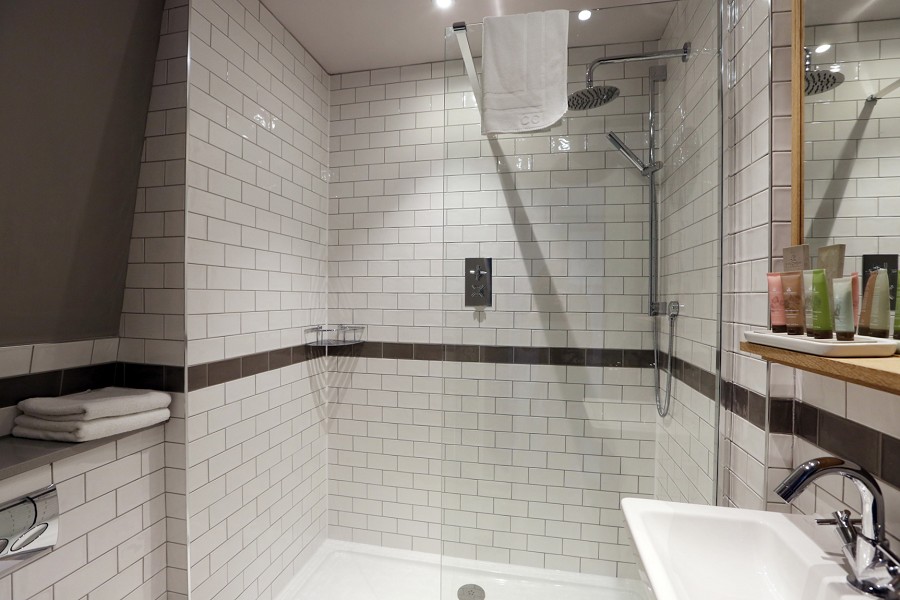 Visiting on a Sunday, we were lured down to the cosy pub for dinner by the sight of the enormous roasts that clued-up locals were tucking into. Generous servings of meat, cheesy cauliflower and crispy potatoes were accompanied by bowls of courgettes, carrots and pumpkin, making it very difficult to get up from the couches we’d sunk into.

For the morning after, breakfasts ranged from the Traditional English to the Americano of scotch pancakes with crispy bacon and maple syrup. We opted for the Eggs Royal featuring poached eggs, smoked salmon and hollandaise and were impressed. 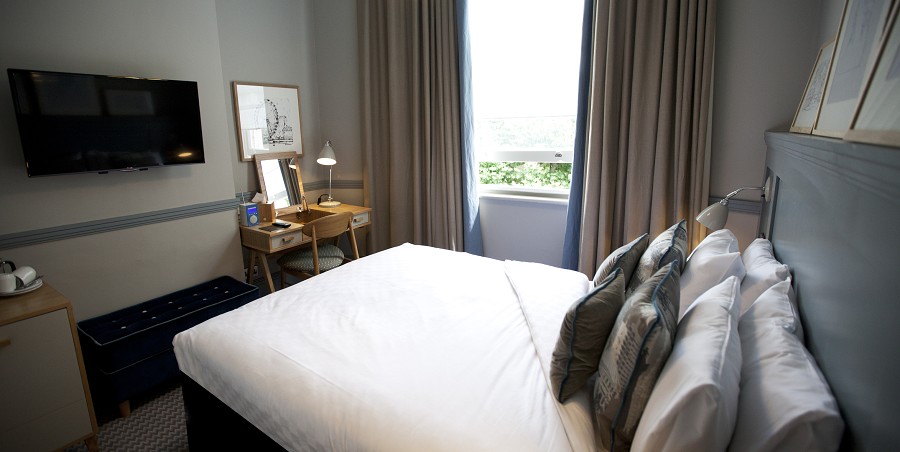 Whether you’re looking for a romantic setting to spoil someone special or a girly getaway, the Brook Green Hotel is a fantastic option within close vicinity of numerous venues including the Hammersmith Apollo and Shepherds Bush Empire. Although with the pub and Smith’s cocktail bar downstairs, there’s no reason to leave.

Rooms start from around £140