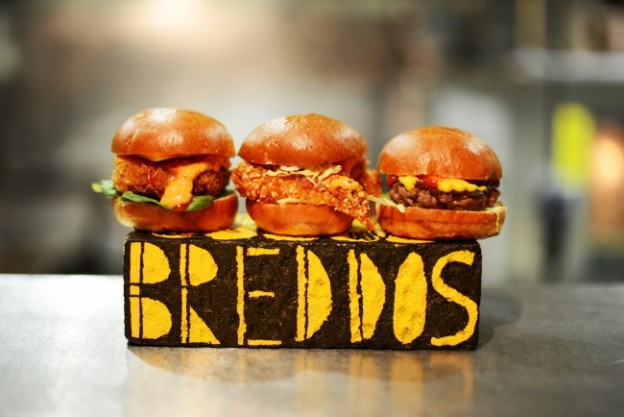 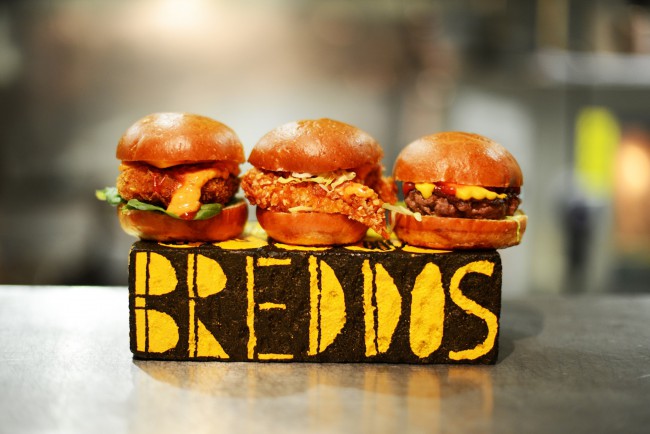 Decked out in 60’s and 70’s furniture it looks a little like an Austin Powers swanky playroom, however it’s not cheesy..it’s…COOL. We were there to try their latest pop-up residency which sees Breddos Tacos take to the kitchen and serve up a selection of sliders, signature tacos and other treats. It’s all pretty banging but the juicy Short Rib slider and fully flavoured Pork Belly croquettes were out.of.this.world.

Oh and then there’s the signature shot ‘The Chilliback’, a shot of tequila chased with pickled habanero juice which we’ve met before at Street Feast. Other standard Player cocktails are inventive and dangerous – they all look so appealing. The Hurricane, a mixture of rum and orange, pineapple, passion fruit, fresh lime juice and angostura bitters was our favourite of the bunch.

For seriously good drinks, monumental sliders and big ass cool vibes get down those stairs and inside The Player. Oh and the eye candy behind the bar? Well that’s just an added bonus.