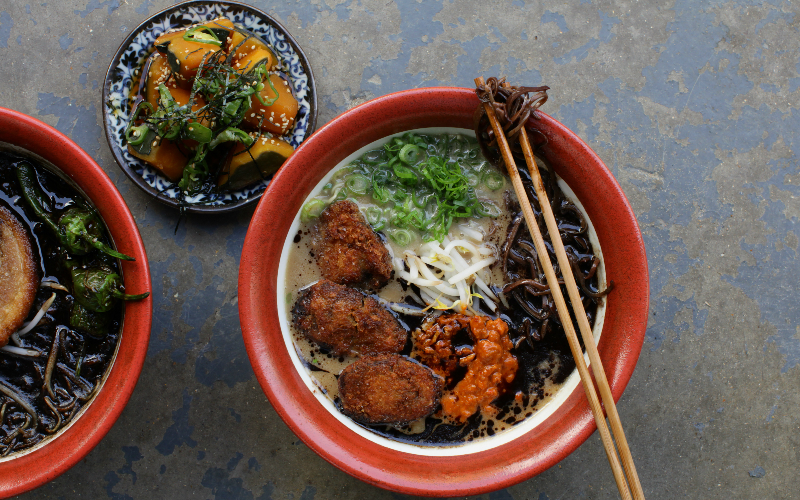 Although listed as snacks, the small plates are all pretty generous and bloody tasty…there’s a real danger of filling up on all of them, especially as they go so nicely with a glass or two of the 36 Samurai sake. The crunchy kushikatsu, a variety of breaded skewers including prawn & shiitake, scallop & sweet potato, and chilli chicken & spring onion, are exclusive to the Old Street site and come complete with a range of side sauces. But the standout has to be THOSE sweet spicy pig bones, which are like spare ribs on steroids…just get them and get stuck in. 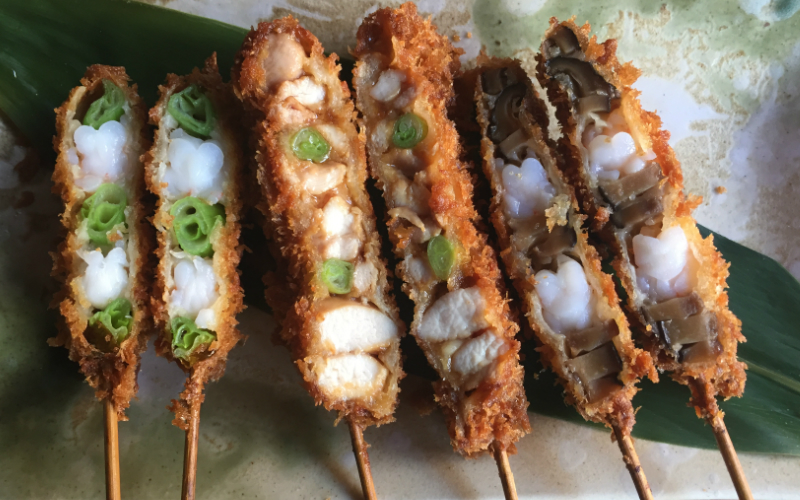 As you’d expect from Bone Daddies, the ramen is knockout. With its rich 20 hour pork bone broth base, the Tonkotsu is a classic for a reason but the nutty, spicy Tantanmen, with sesame, chilli, pork mince, chashu pork and bok choy might just be our new fave. There’s also a brand new crispy duck aburamen also on the menu too, which just means we’ll have to come back for more.

No you can’t make rezzies. Yes it’s worth every second you spend waiting.