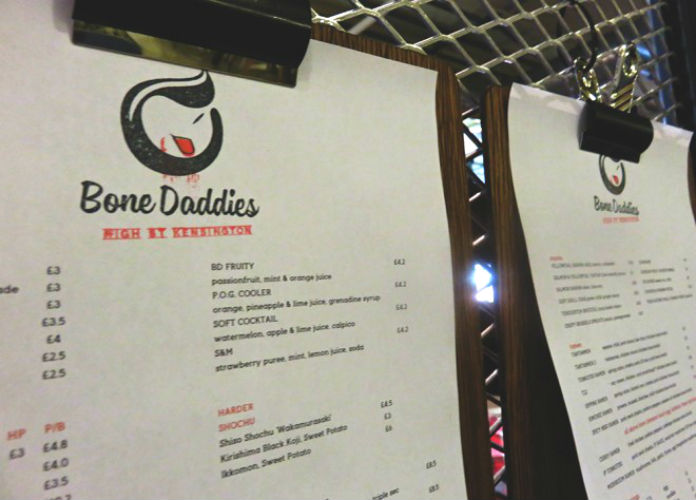 Given that part of the Soho branch’s appeal was the loud rock ‘n’ roll soundtrack and general lively atmosphere, the upper level food court at Whole Foods Kensington was probably about the last place in town that anyone imagined Bone Daddies would open its second outpost. Yet here we are and while the experience is somewhat diluted by the staff canteen feel of Whole Foods, the food is just as good as at the Soho branch. And one good thing about Whole Foods is that there’s a lot more seats so no more queueing for your ramen! 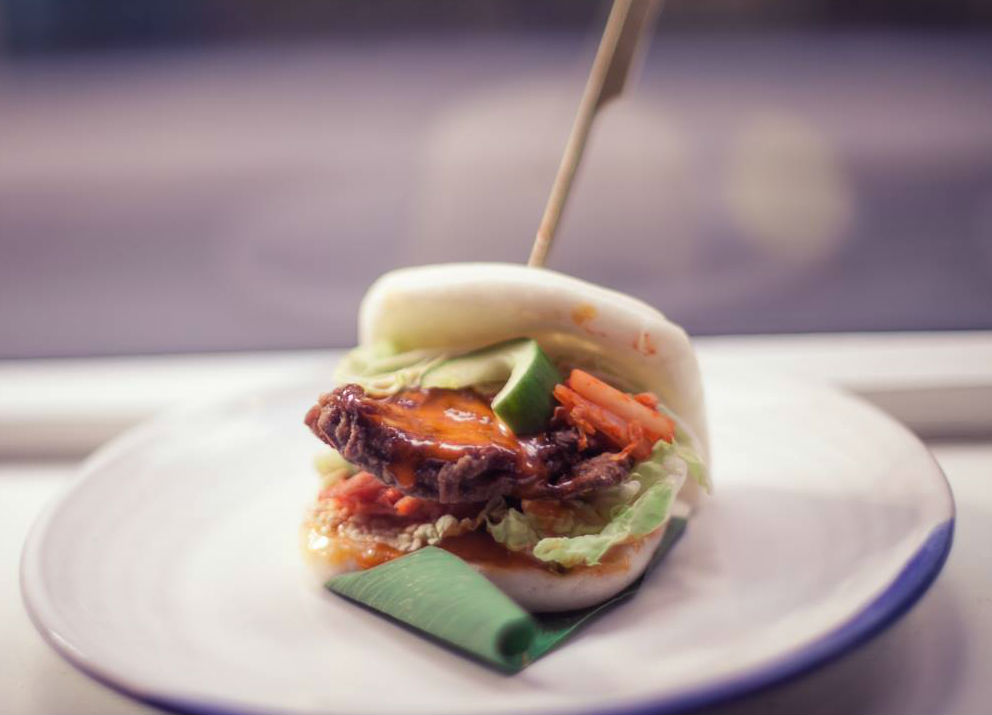 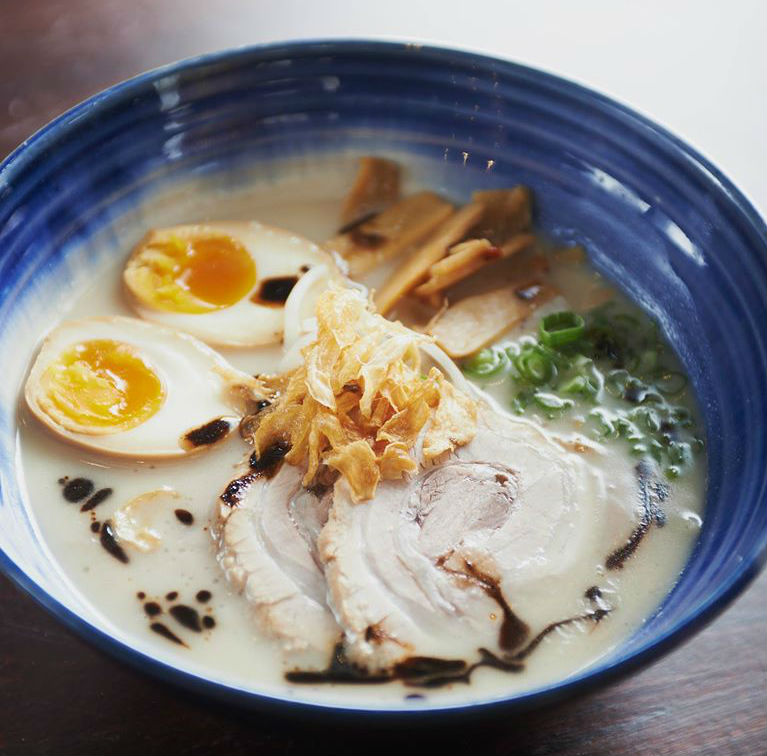 We started off with the pork steamed buns which were pretty flawless really – a huge slab of pork belly wrapped in a soft steamed bun with pickles. YUM. We also tried Korean chicken wings which were nice and juicy and covered in a sticky spicy sauce. When it comes to ramen you can’t go wrong with the classic Tonkotsu version; this is a pork based broth made from boiling pork bones for 20 hours and topped with slices of pork belly, spring onion, thin noodles and a hard-boiled egg. You can also check out the Tantanmen 2, a chicken bone broth with chicken mince and a healthy dose of spicy chilli oil – you’ve been warned….

While we prefer the original for atmosphere, Bone Daddies West has still got the goods and if you live or work in the area, that’s very good news indeed.