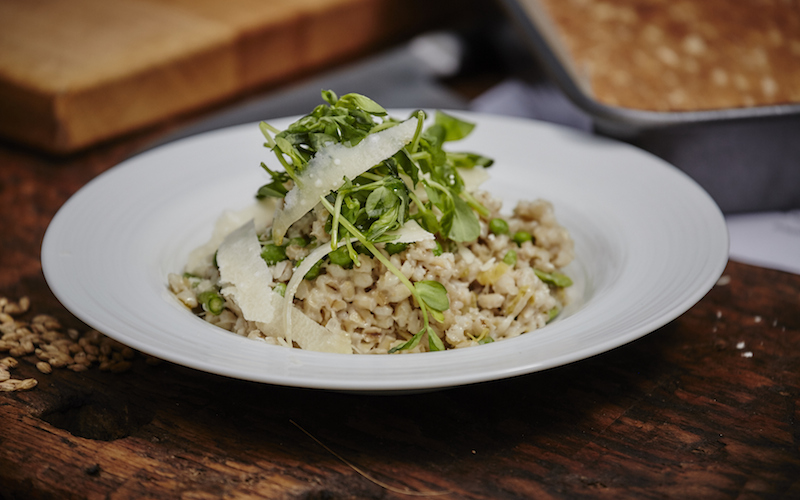 Regular readers might of spotted our post on the Barley Beerstro taking place at The Barbican. We got a sneak peek of the pop-up last week which included a six course tasting menu curated by Jimmy Doherty matching barley dishes with different beers. Who’d of thought Leffe Brune would go so well with barley ice-cream, salted caramel sauce, maple syrup glazed pancetta and barley crumble? Well it does and that dish was pretty epic too.

Whilst enjoying a long lunch in the (virtual) barley fields we also learnt a thing or two about the grain itself, its long British heritage and the health benefits – hello superfood. Not only is it high in fibre, has twice the protein and almost half the calories of oats it also contains essential amino acids, vitamins and minerals. What’s more it’s pretty versatile too – we ate it in every course, from barley crispbreads with Stella Artois cured salmon to Budweiser barley summer vegetable risotto and vanilla panacotta with Goose Island IPA strawberry soup and barley flapjacks. DELISH. 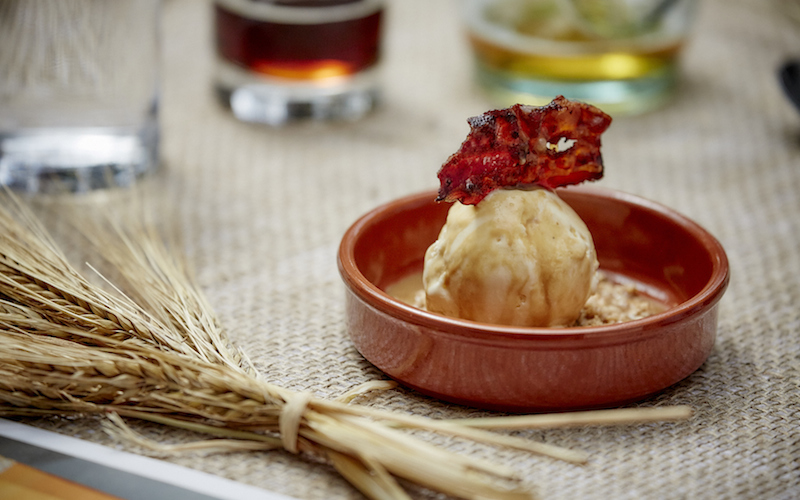 Barley also happens to be one of the main natural ingredients found in beer, which makes it a great choice of tipple, especially as it has less calories than wine. The six course menu had been expertly matched, each beer was served alongside the dish to drink as well as featuring as an ingredient in the dish. Plus they were all completely different in taste. And even though the pop-up is now fully booked we’ve got 5 pairs of tickets to giveaway, so if you want to experience Barley Beerstro yourself just drop us a line with ‘BARLEY BEERSTRO’ in the title and we’ll pick the winners at random.