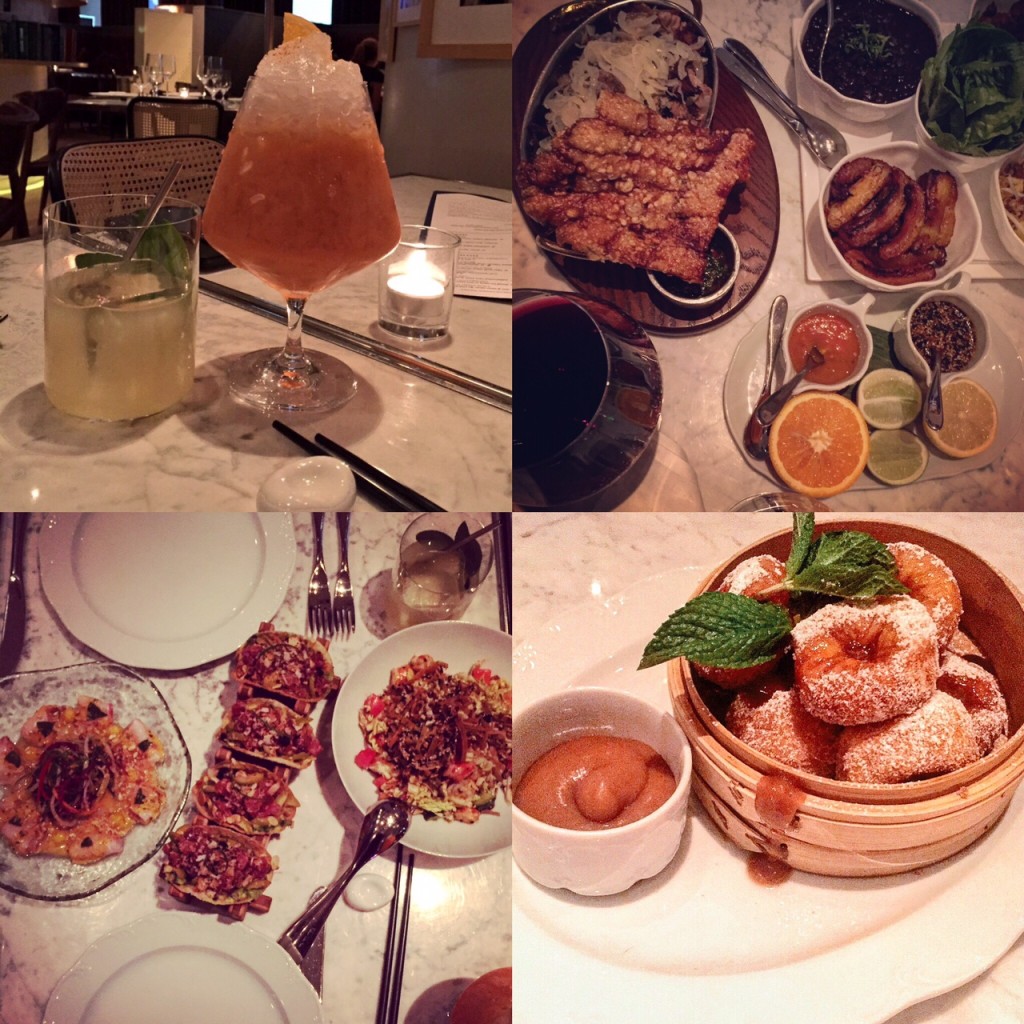 Choosing a main was pretty difficult but we couldn’t get past the amazing El Lechon, Cuban-style slow roasted pork shoulder served with crackling and whole bunch of sides including black beans, super soft plantain, Chinese eggplant and fried rice. Be warned, this will easily feed four people and we ended up taking most of it away in doggy bags which is no bad thing at all. Despite being stuffed, we still polished off a dessert of Mexican doughnuts and caramel sauce which is a reflection of how good they were and not at all of how greedy we are. These bad boys have been on the menu since 1999 – again a reflection of just how good they are.

Prices might seem a little high at first but this is a central London hotel restaurant after all and when you take into account the quality of the food and huge portion sizes, Asia de Cuba makes for a fun night out. We’ll defo be back…