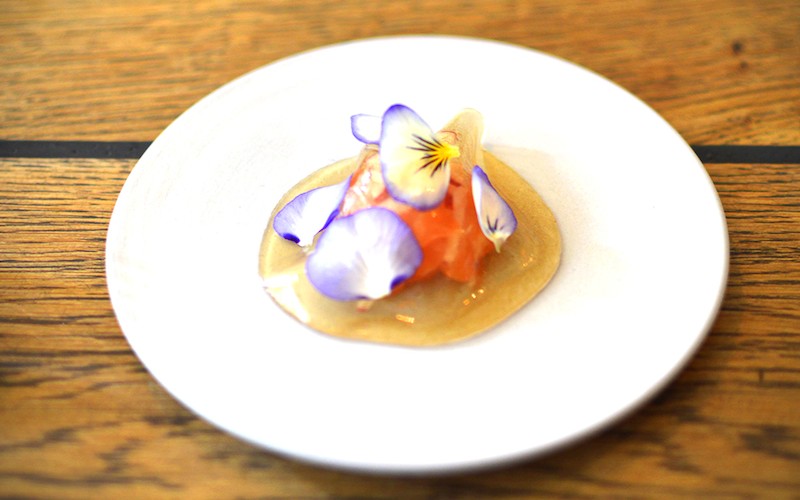 We started with a quick trio of snacks: a beautiful beetroot crisp made up in a mini cone; red mullet tartare with dashi; and burnt leek tartlet, which blew our little socks off. Thin strands of wild asparagus were next, served with a pheasant egg; then a thick slab of cod with smoked potato and sea fennel; and then Swaledale lamb with lettuce and spruce. Somewhere in amongst this was a slice of bread with creamy yeast butter – you’ll never want to eat any other kind of butter again.

Instead of a boring old cheese board, Anglo will then present you with a melted cheese on a onion malt loaf paired with cider made in Hackney, which was one of the best food/drink pairings we’ve ever had. Then comes not one but three desserts – a palate-cleansing lemon curd with fennel; chocolate and shish; and rhubarb and custard.

As you may be able to tell, we’re pretty big fans of Anglo. This place should be going straight to the top of your list.