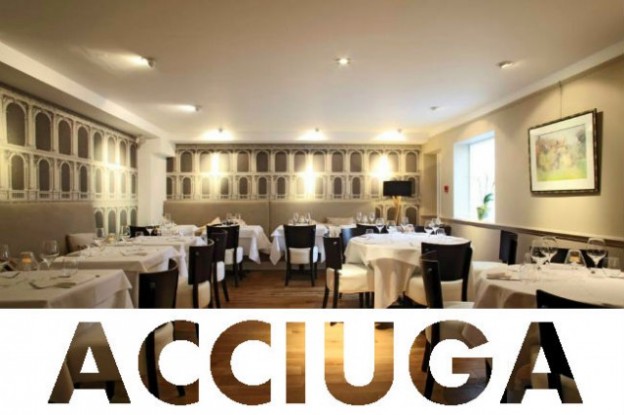 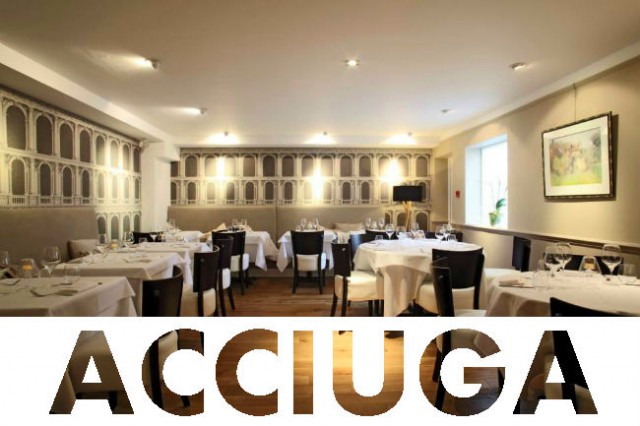 The dishes are all native to Liguria, home to owner and chef Gugliemo Arnulfo and in his words, ‘the best pesto outside of Genoa’. We’ve not visited that part of the world, but it’s hard to disagree with his passion. The restaurant also links with an art gallery in Italy, meaning that the paintings in the restaurant change with the seasons, along with the menu.

We kicked off with stuffed courgette flowers and a selection of cured Italian meats. Unsurprisingly, the rich smoked meats were addictively good whilst the courgette flowers were even better, stuffed with a frittata-like mixture of eggs, cheese and vegetables, all deep fried and delicious.

Next up was the primi dish which we shared between two to avoid being too stuffed, we chose a gnocchetti dish with sage and butter. Gnocchetti, as the name suggests is very like gnocchi but smaller, and half a portion of the starchy dumplings is more than enough.

The main course, and in our opinion, the star of the show was the stuffed squid and octopus with potatoes. Octopus with potato is a traditional Italian dish, but the chefs here have taken a very modern approach to it – instead of the grilled octopus served on top of sautéed potatoes with rosemary, it was served in long lengths alongside potato croquettes, flawless presentation and an unexpected twist. This playful modernity is a real joy, the octopus is grilled with a texture like halloumi and tastes magnificent, but the aesthetics improve the experience still further. The squid is served in huge chunky rings, full of rich stuffing.

The icing on the cake for Acciuga is the price – it’s astonishingly good value, particularly the theatre menu, available before 7.15pm. With two courses for £20 or three for £25, it’s an absolute steal and if we lived in the part of town, we’d never cook at home again.