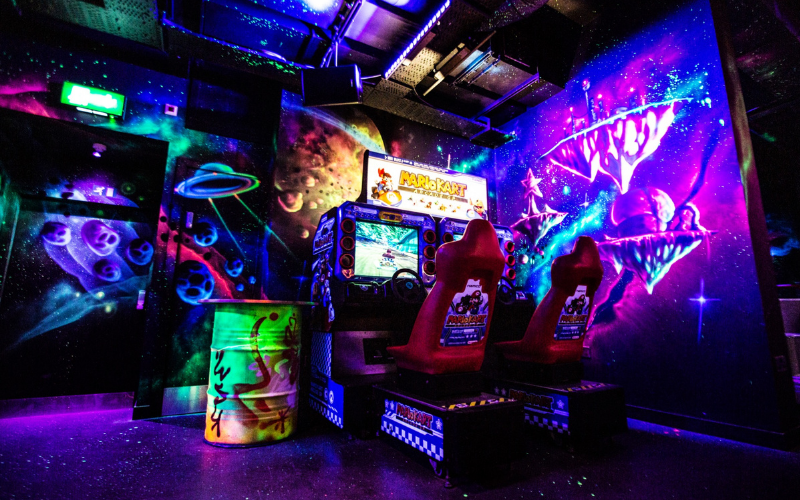 Ball pits are out in Soho, but arcade games are in. The former Ballie Ballerson site on Berwick Street is being turned into an outpost NQ64, a retro arcade bar that was founded in Manchester and now boasts locations in Birmingham, Glasgow, Edinburgh, Cardiff and Liverpool. The neon and UV-paint filled space will be home to classic consoles and over 30 original arcade games, including Pac-Man, Time Crisis and Guitar Hero.

The gaming theme extends to the bar with cocktails like the Kirby, the Donkey Kolada, and the Aku Aku Fruit Punch available alongside craft beers, wines and softies, and there’ll also be DJs spinning old-school hip-hop for an extra hit of nostalgia.