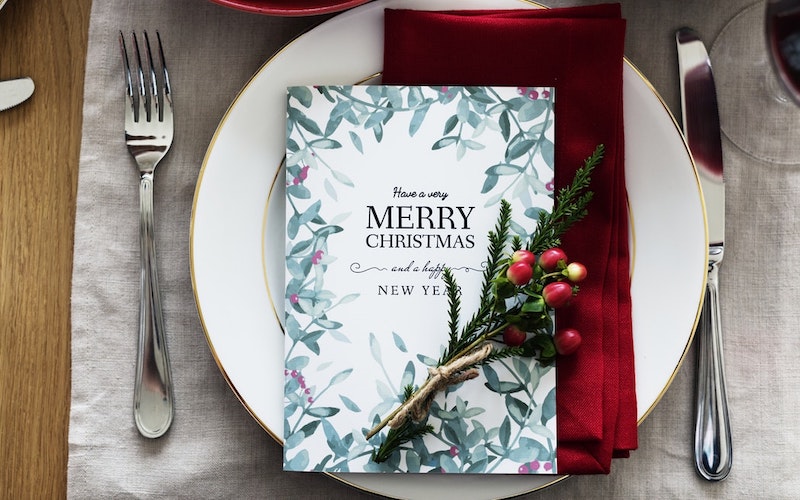 Staying in London for Christmas and don’t fancy cooking up a feast at home? Don’t worry there are lots of restaurants open on Christmas Day in London so you don’t have to lift a finger.

Seabird – Get high this Christmas and spend it at rooftop restaurant Seabird tucking into a sharing feast that includes oysters, crab croquetas, whole turbot with Txakoli sauce, piquillo peppers, roast potatoes and manchego cheesecake with membrillo.

Cafe Biltmore – Jason Atherton’s Cafe Biltmore is open on the big day and will be serving up a five-course menu of classic dishes, including a Bronze turkey with trimmings and a traditional Christmas pudding.

Berners Tavern – The restaurant inside The London EDITION is serving up a family-style feast on Christmas Day, with Jason Atherton’s menu including prawn & lobster cocktail, Buccleuch estate beef tartare, Norfolk bronze turkey with sage & onion stuffing with all the trimmings, and Christmas pudding baked Alaska – because you’ve got to set something alight on the big day.

The Stafford – Feast on five courses this Christmas at The Game Bird at The Stafford London, kicking off with canapes followed by game pâté with damson chutney; butter poached native lobster with caviar; Essex bronze turkey with all the trimmings and Christmas pudding with brandy sauce.

Tayyabs – If you want to escape all things Christmas then get down to Whitechapel’s Tayyabs. It’s business as usual at the curry house (not even a turkey curry!), and with BYOB you can have a good a proper knees up whether you’re celebrating Christmas or not.