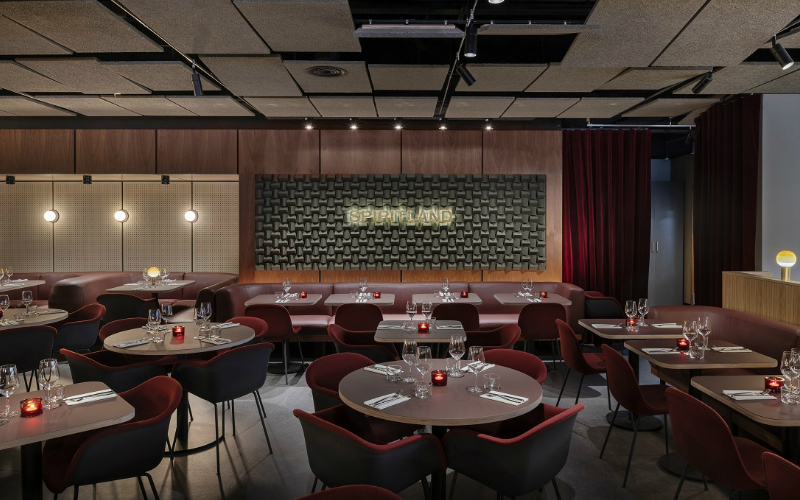 The music at a restaurant or bar has always been serious business. The all-important vibe depends on it, is dictated by it and can be pretty quickly killed by the wrong track or a record scratch. When you think about some of your top restaurant experiences, were they helped along by a fluid and cohesive soundtrack that matched the energy of the joint? What about your worst? Was your conversation halted by ‘We Don’t Talk About Bruno’ coming out the speakers while someone scrambled to skip it?

There’s a reason why so many music types get involved in the restaurant scene – LCD Soundsystem’s James Murphy, Moby, Nas and Ed Sheeran, to name a few. And now, we’re seeing the music and restaurant relationship reach new levels with the rise of listening bars and new openings targeted at audiophiles.

Listening bars first began cropping up in Japan back in the 1950s. These were not live music venues, but bars that would specialise in high-end audio equipment and play a carefully-chosen selection of vinyl. The idea was that you wouldn’t chat, you’d just listen to the music. It’s only in recent years we’ve seen them growing in popularity in other countries, with several now having emerged in London. Just this summer Jumbi arrived in Peckham, System opened inside Stella’s in Stokey, Caia launched in Notting Hill and the newly renovated KOKO added vinyl listening booths to its list of members-only rooms.

But the tuneful takeover isn’t stopping there, with a number of restaurants and bars – either new openings or soon-to-be – doubling as music venues. The Lower Third, launching in November, will be a bar centred around its programme of live music, as will restaurant and bar Stereo, opening in Covent Garden later this year. Before those, Brilliant Corners opened in Dalston way back in 2013, specialising in Japanese small plates, live jazz and DJ sets. And the same team launched robatayaki and live music spot Mu earlier this year. Then there’s Spiritland’s Royal Festival Hall outpost, which pairs an all-day menu with sets by guest DJs on a world-class sound system.

It may just be us, but we reckon there’s something of a trend here, and if these recent openings are anything to go by, the new wave of restaurants and bars are saying conversation is so 2010s. Listen to music instead – who wants to hear what the person opposite you is saying anyway.