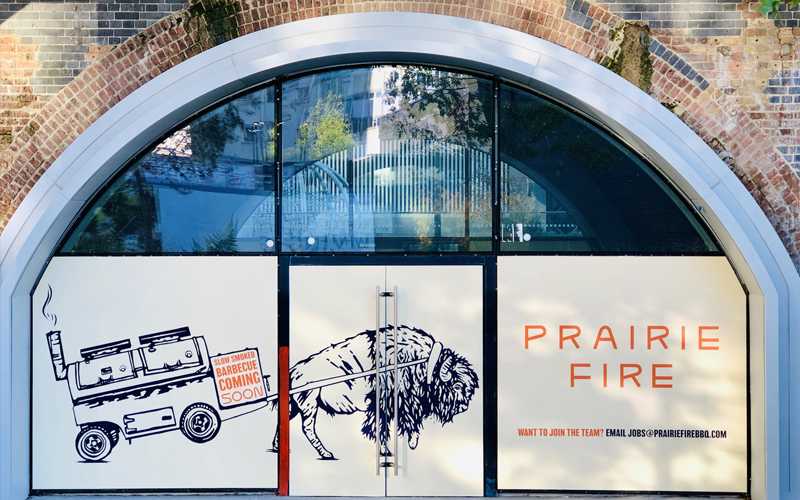 Prairie Fire has been doing the London street rounds for the last six years and now it’s finally ready to settle down. Prairie Fire will be opening its first permanent site in December, taking over the newly-developed TFL railway arches in Wood Lane, right between Westfield and the Television Centre development. There’s suddenly a whole lot more to eat in White City.

Prairie Fire has cooked at KERB, Mercato Metropolitano, and currently has a residency at London Fields Brewery too, so if you’ve been to any of those you’ll know what to expect: Kansas City style smoked meats, sauces and fixings. Started by Kansas City native Michael Gratz, his menu for the new openings will include the likes of 16 hour oak smoked brisket; 14 hour smoked applewood pork; and burgers. There will also be Prairie Fire’s own range of BBQ sauces, that have won Great Taste awards.

Prairie Fire will be doing plenty for the vegans and vegetarians too, with smoked jackfruit and portobello mushrooms also on offer. Then there’s a huge selection of beers, American diner style interiors, and an outdoor terrace for summer time. Sounds good to us!