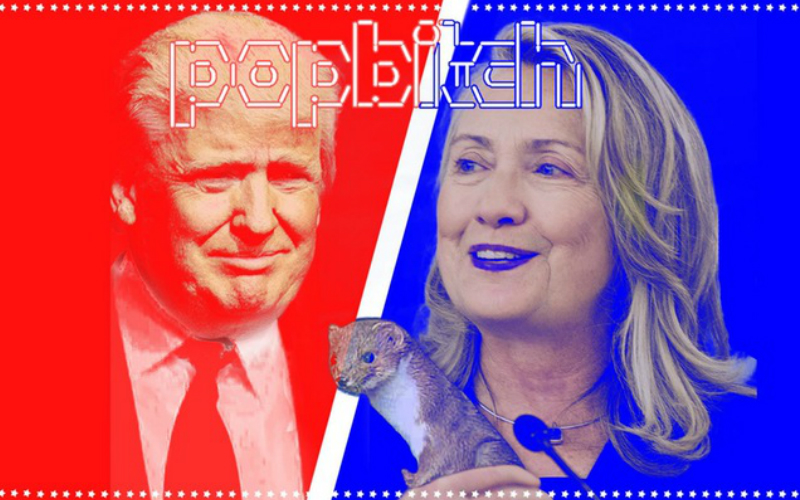 The big Trump vs Clinton battle finally comes to end this November so Popbitch is teaming up with Dinerama for a huge party…celebrating, commiserating or preparing for the end of the world, they’re covering all the bases. Whilst the results come in from across the pond, there’ll be plenty of party games like Pin the Toupée on the Trump and a Swing State Prediction Competition, as well as an American street food buffet featuring grub from Smokestak, Breddos Tacos, You Doughnut and more. Of course the drinks will be flowing, with a pint of Obama’s fave Goose Island IPA and a shot of bourbon, included in the ticket price. And there’s brekkie and unlimited coffee waiting for those who make it through the ten-hour marathon, whether you’re a Republican, Democrat, American, Brit or deplorable.