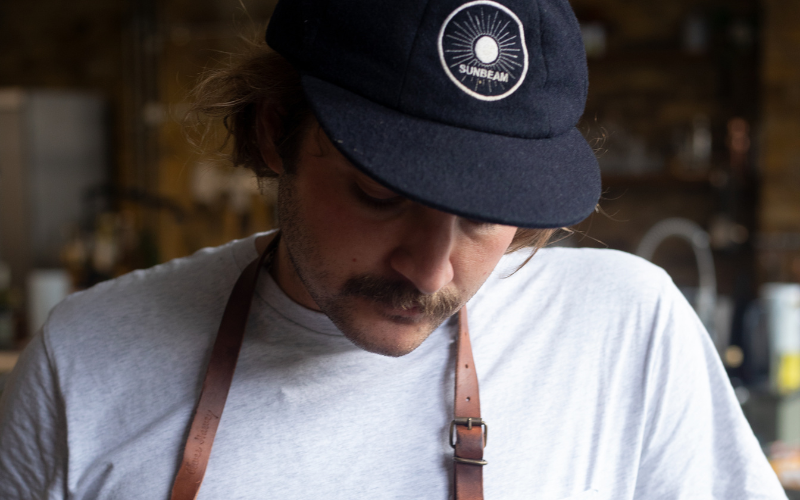 For just one night, Ben Lippett (AKA @dinnerbyben), co-founder of Dr Sting’s Hot Honey and Food Producer at Mob, will be taking over the kitchen at Albie in The Hoxton Southwark. The dinner will come as part of Albie’s exciting ‘New Kids On The Stove’ series which brings some of the freshest London-based chefs into the space to take up residency for a limited time. It all kicked off at the start of October with a menu by Ana Da Costa of Two Hot Asians, and now Ben is next up at the pass.

Before joining the team at Mob, Ben spent time at a number of restaurants across the UK, US and Australia – as well as doing a stint at a butcher’s – and he’s all about unfussy, seasonal, ingredient-led food. His residency is set to be a feast of seasonal dishes including:

Tickets are £45 per head for the menu plus three and a half pints of beer from Camden Town Brewery. Get ’em while you can.