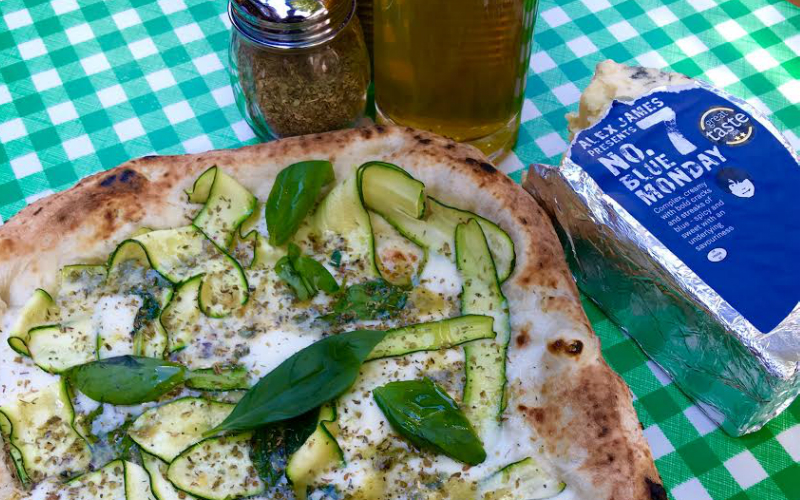 After feeding Alex James pizzas topped with his own cheese at the Big Feastival, the Pizza Pilgrims boys have decided to bring the blue cheese and courgette creation back to London for a spesh limited edition run. It’s available at all Pizza Pilgrims joints for just a tenner, but in keeping with the Blur theme, anyone who brings in an Oasis CD gets a pizza completely FREE. Looks like it’s time to dig out those old records girls and boys.

UPDATE:
Actually, it looks like Pizza Pilgrims are not serving The Song Blue (Cheese) pizza or swapping slices for Oasis CDs – Alex James hasn’t eaten a Pizza Pilgrims pizza, and Blur haven’t approved the use of the pizza name (excellent though it is), so it’s off the menu. So you can still go and get a bangin’ pizza from these guys, except it won’t have Alex James’ cheese on it and you’ll be paying for it with cash, not CDs.