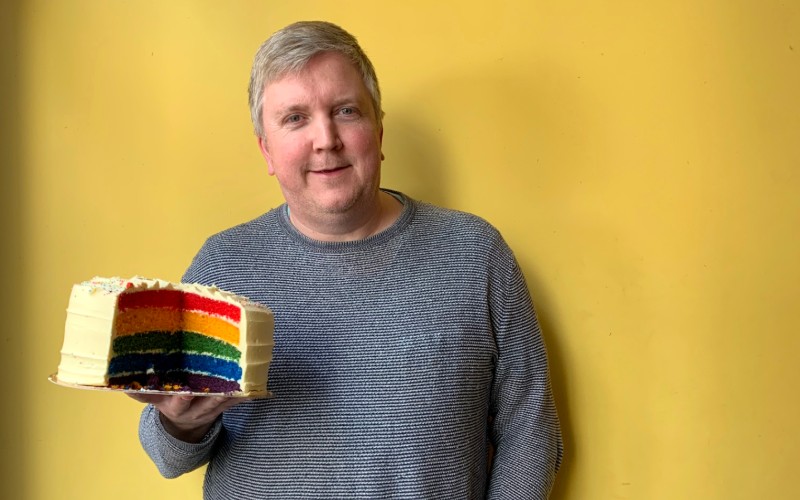 As well as running two cafes, which play host to community events, and operating as a new expression church, Kahaila, has also set up charity initiatives that, amongst other things, help homeless people transition into employment and provide a safe space for women who have suffered sexual exploitation. Now their Brick Lane cafe is under threat, so we caught up with founder and CEO Paul Unsworth to find out why.

I have lived in East London for 17 years. I moved to Hackney to become a youth worker in a local church. I vividly remember after being in Hackney for two weeks that I needed to make a decision as to whether I was going to love London or loathe it because it was very different to the small seaside town I grew up in back in Essex. I decided then and there that I would love it! To me London is the most exciting city in the world. I love the diversity, the creativity, the fact that it is always evolving is exciting and as a dreamer I especially love the opportunity that exists here.

What inspired you to set up Kahaila?

As a new expression church, we wanted to create a community space where people could belong regardless of what they believe, but for those who wanted to explore issues of faith and spirituality they could do. So we started as a coffee shop as they have the potential to be great community spaces, where people can build genuine relationships that lead to real sense of community. So we run bring-and-share community meals, live music events, book clubs and more.

Tell us more about the different charitable projects that Kahaila has set up.

Kahaila is a mix of two Hebrew words that means life in community. This speaks to our heart, to wanting to respond to the social injustices that exist in our community. In the first 18 months we started three significant projects; Luminary Bakery, a bakery that creates training, community and employment opportunities for women coming out of vulnerable situations; Ella’s Home, a safe house for survivors of human trafficking; and Essence, delivering educational life skills courses for women in prisons. More recently, at the invitation of the Corporation of the City of London we have opened a new community cafe in Aldgate and we have launched a new project called BREW, a barista training course to support people who have experienced homelessness moving into employment.

The Brick Lane cafe is currently under threat of closure, how can people help save the space?

As a community, a charity and a church, we have been able to have a profound impact on the lives of hundreds of people in Tower Hamlets and East London. To help us operate, we have benefitted from paying charitable rates in our Brick Lane café, as we do in our premises in the City of London and in Hackney. However, Tower Hamlets Council has recently reversed this decision and have demanded that we now pay business rates on our Brick Lane café. They have also asked for retrospective payments for the last 3 years, totalling £32,000. Despite suggesting a repayment plan, we have been told that we need to pay £15,000 before the end of March. We do not have the means to pay this so we have set up a crowd funding campaign, which people can support here.

It has to start with a bacon and egg naan at Dishoom. Then it would then be a Emirates Skyline over the Thames to jump on the Woolwich Ferry for a boat trip down the river. A quick coffee stop at the new Kahaila Aldgate, over to Granary Square in King’s Cross so that my children can run in the splash park. Then I’d take a trip to Broadway Market for some street food, a late afternoon walk around the beautiful Wanstead Park, before relaxing in the back garden toasting some marshmallows on my new chiminea.