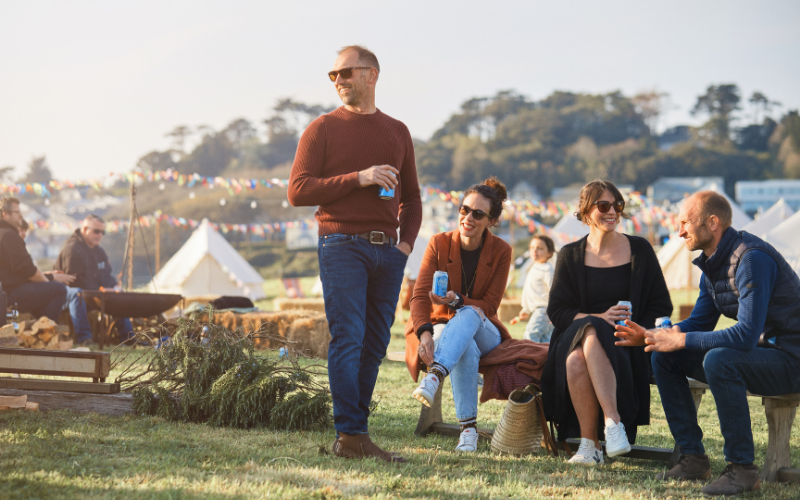 The team behind Pub in the Park are putting on another foodie festival for us to feast on this summer and not only is this one the brainchild of chef and restauranteur Paul Ainsworth, but it’s also swapping the city for the Cornish coastline too. Travelling Feast will be a celebration of all things food and music stopping off at six locations across Cornwall including Padstow, Boconnoc, Scorrier, Helford, Portloe and Port Isaac. Each destination will have its own line-up of music, comedy, food and fun things to do, which means no two days will be the same.

Of course food is gonna take centre stage, so expect guest appearances from Paul’s chef pals Tom Kerridge, James Martin, Angela Harnett and Richard Corrigan, as well as a wide range of street food trucks and a double-decker bus serving dishes from award-winning chefs like Jason Atherton, Atul Kochhar and Rick Stein. Music-wise, we are also in for a treat with Kaiser Chiefs, Rudimental, Sister Sledge, Tom Odell, Jake Bugg, Gabrielle and a lot more names all billed to play. Throw in drinks from some Cornish breweries, alongside foraging events, yoga, boat trips and open-air films and this one is sounding pretty spesh. You’ll be able to buy day tickets or an overnight glamping option, which means this might be the only way to still get a ressie in Cornwall for another summer of staycations.