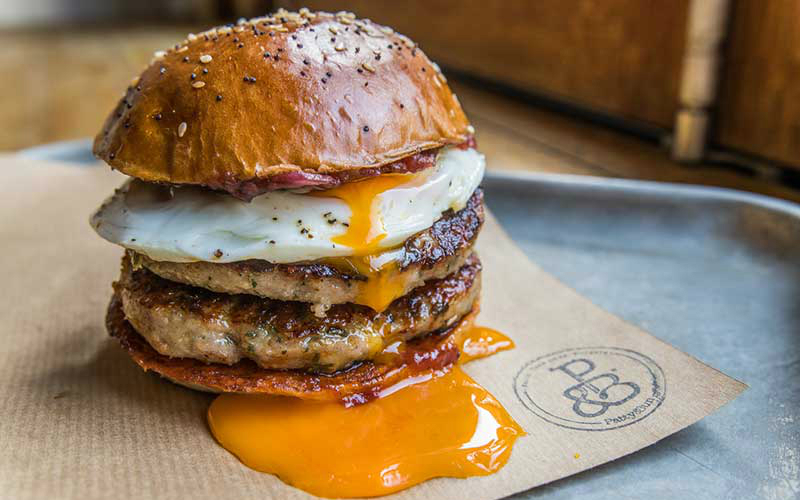 There’s no stopping the Patty & Bun train as hot on the heels of the White City opening, its opened another new site, this time on Borough High Street. And this one is its biggest, baddest one yet as it’s serving breakfast – yes that does mean BREKKIE BURGERS. Take a second for that to sink in and take a look at this line-up:

We don’t know what the P&B Brekkie Sauce actually is but we know we love it. As well as plenty of space for takeaway, the downstairs level seats 50 so it’s ideal for bigger groups, and of course all the old P&B classics are on the menu too, with some new bevs and shakes to wash everything down with.