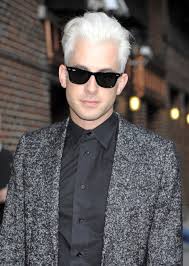 After the recording we were taken to the main hall where we made a flip book, hit the free bar and ate fish and chips from cones. We managed to get a photo with Mark Ronson although I think we scared him a little as he was off the booze. The night finished with a set from Mark Ronson & The Business International by which point we were pretty sozzled and getting on the stage seemed like a great idea….it wasn’t. All in all we had a fab night and would like to thank American Express for a seriously great party!!