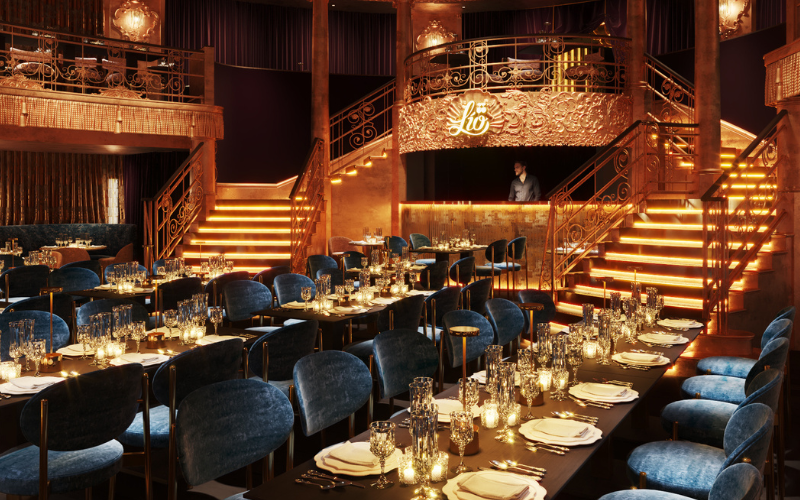 Café de Paris, one of the oldest nightclubs in London, is being reborn as Lío London next year thanks to the Pacha Group, who, following success in Ibiza, Mykonos and Las Vegas, are bringing the immersive cabaret experience to the capital. The ultimate addition to the city’s ‘clubstaurant’ scene (see Miro), Lío brings together a show featuring singers, artists, acrobats and dancers with dinner and clubbing.

Many of the heritage elements of the Grade II-listed building, including the original 1924 double-sided staircase, are being kept, and British artist Jan Erika is adding 18 hand-painted doors featuring large-scale designs inspired by the human body to the curved walkway behind the stage, which will be completed as part of a live art act on opening night. The revamped space will have 200 covers for dinner across the original ballroom floor and wraparound mezzanine, with chef Adam Rawson overseeing the food concept for Lío and Romaine Aurdrerie in charge of the wine list.

Once you’ve eaten and enjoyed the show, you can hit the dancefloor as the room turns into a late-night club, with the stage disappearing into the ground and the DJ booth coming to life. With a mix of residents and international DJs spinning alongside some well-known Lío club nights, it’ll be the place for Pacha party vibes in London.