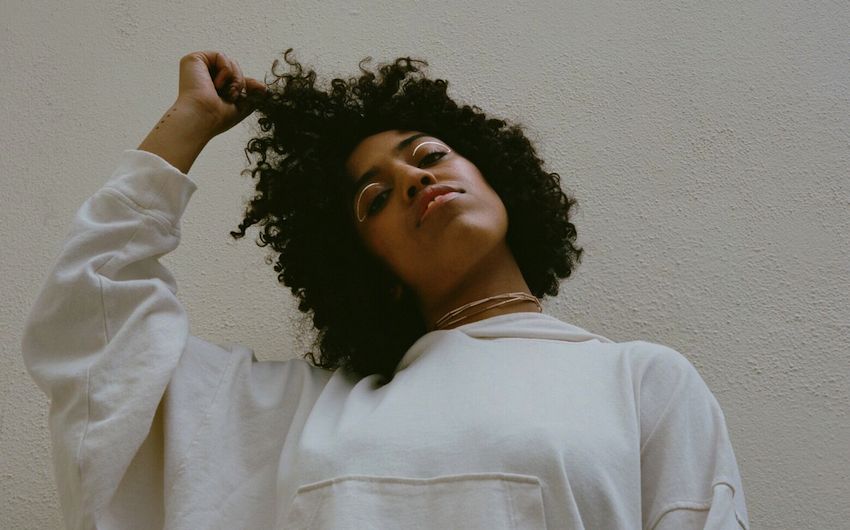 Amber-Simone has been a rising star since first bursting on the scene at just 18 years old with debut single ‘Violet Light’ in 2015. The London-based musician and songwriter has been working under the radar for the past year but all that looks set to change as she has just started releasing new material. Her versatile ability that sounds effortlessly unique and deep-rooted awareness of music brought her plenty of attention, including from John Legend who scouted her before bringing the singer out to perform ahead of him at the O2 Arena in the space of a week. She’s just gifted us with her latest release ‘Mountains’ ahead of her much-anticipated album in the coming year. Produced by the exciting duo of Shy Luv, Amber-Simone’s new single is an emotional and fervent vista into her life, love and adapting to making music her career. Centered around a break-up and struggles with her career, ‘Mountains’ is a soul-stirring reaction to modern-day strife’s and relationships.

Her emotional and soulful style has led to many striking similar chords the likes of James Blake, Prince and The Weeknd, to name a few. Amber-Simone started making a name for herself by performing at some of London’s best live music for up-and-coming musicians like Birthdays and XOYO, before getting whisked off to the 02 Arena with multiple Grammy Award-winner John Legend. Her forthcoming album is “a body of work that massively represents a growing period over the past 12 months,” she says. A super personal insight into her life, produced by her close friends Joe Hertz and Franc Moody, and up-and-coming producers Ben and Tom Aquilo. There is also talk of secret guest appearances, so she’s definitely one to watch out for.