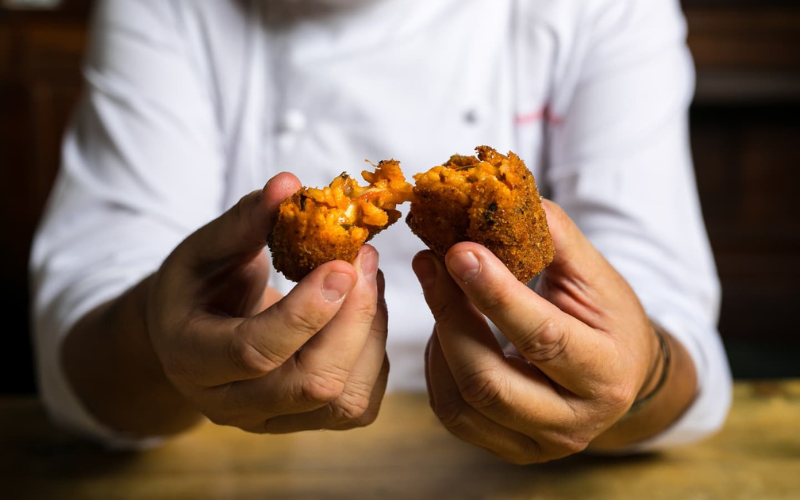 Arcangelo Dandini, the owner of three restaurants in Rome (L’Arcangelo, Chorus Cafe and Supplizio), has opened his first permanent restaurant in London. Garum launched in October with a menu of classic Roman dishes and Italian wines. Dandini is the fourth generation of a family of Roman restaurateurs, so the cuisine is literally in his blood, and he’s celebrating that lineage in London with his newest restaurant, which is decorated with family photos.

Rome’s L’Arcangelo has been praised for its hunt for and use of the best produce (regional and otherwise), a standard that’s seemingly travelled along with Dandini to London. Expect a menu of Roman street food favourites alongside traditional pasta dishes, secondi and contorni, including the likes of:

The wine list fits right in with those of London in 2022, with plenty of low-intervention wines – all of which are from Italy. The selection has been chosen by the restaurant’s Maitre D’, Francesco Fantinel (previously of the Ivy group). But if you’d rather go for a cocktail, try one of their Milano Torino variations (the OG Negroni, senza gin) or another signature like the Rione Monti (Ojo de Dios Mezcal, Amaro Montenegro and Italicus).