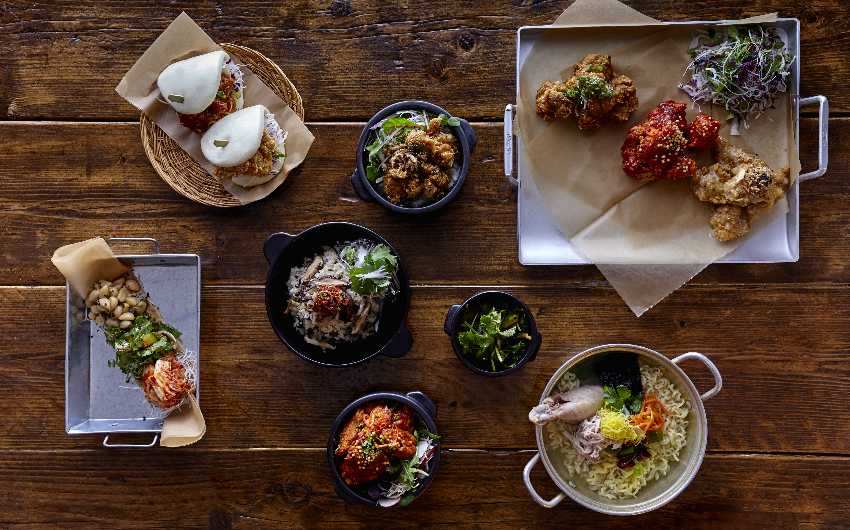 on the dak opens

She’s only just opened Korean table and deli Mee Market but restaurateur Linda Lee isn’t resting on her laurels, opening On The Dak (sister to popular mini-chain On The Bab) in Covent Garden this week. She’s taken on that small corner site just off Shaftesbury Avenue that was briefly Bread Ahead and (also briefly) The Bowler before that, so will be interesting to see if fried chicken will work better than meatballs and doughnuts in that spot.

‘Dak’ means chicken in Korean and that’s what this new place is going to be all about. Apparently Koreans LOVE their chicken and this is Linda’s chance to bring all her favourite chicken dishes under one roof, with four types of Korean fried chicken, chicken soup noodles, BBQ chicken with cabbage, plus plenty of kimchis, salads and rice on the side. There’s also a veggie option, mushrooms and soy rice, but clearly this is a place for chicken fans  so if you fit that description, you’ll be wanting to try this place.

*FREE CHICKEN ALERT* If you’re one of the first 100 people through the door between 11.30 and 13:30 on Friday 2nd February you could score a portion of Sweet Soy KFC for FREE. They’ll also be donating 50 meals to local homeless charity Rhythms of Life too, which is a nice touch.

Get Me There
January 30, 2018 by christina
Covent Garden, eat + drink, fried chicken

STAYCAY AT CAMP ELWOOD THIS SUMMER (52)