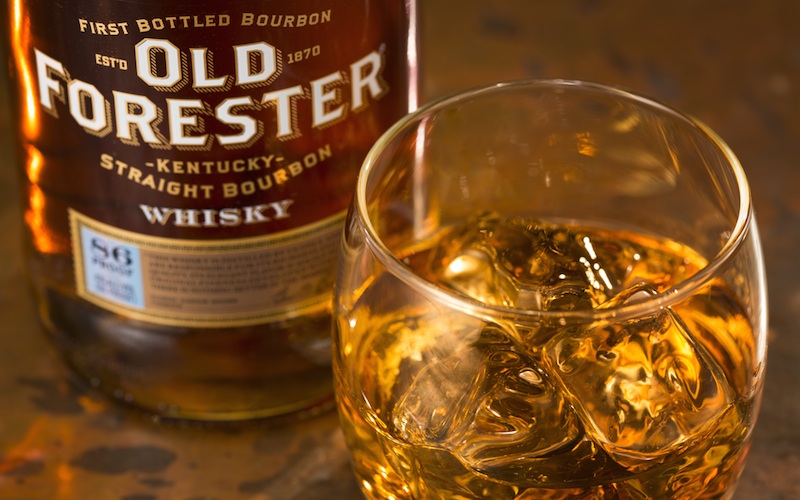 Whisky, bourbon, it’s all the same thing right? Wrong, all bourbon is whisky, but not all whisky is bourbon. Confusing right? Well let us break it down for you, whisky is made from fermented grain mash (barley, corn, rye or wheat) and aged in wooden barrels, and can be made all over the world in various different combinations – think Scotch Whisky, Irish Whisky and Rye. But Bourbon has its own definition and needs to be produced in America, made from 51% corn and be stored in charred oak barrels. And if you want to get really technical, Bourbon must enter the barrel at 125 and be distilled to no more than 160 proof. So that’s Bourbon, but who was the first to bottle the stuff? Well that would be Old Forester, and it’s the only bourbon to be distilled pre, post and during prohibition by the same founding family.

Brought to life in 1870 by George Garvin Brown, Old Forester was originally sealed to ensure its quality and included a handwritten guarantee on every bottle. Today, the bourbon is still signed with the same guarantee and it is still produced in their hometown of Louisville, Kentucky, and if that isn’t reassurance that Old Forester still has the same rich flavour and smooth character that it had in 1870, we don’t know what is. As America’s first bottled bourbon, Old Forester has tons of history and you really can taste it. And if you don’t wanna taste it straight (not all of us can handle it!), why not shake it up in a whisky smash. With only a few ingredients, it’s so easy you can do it at home AND it’ll make you look like a pro when everyone comes over at Christmas… 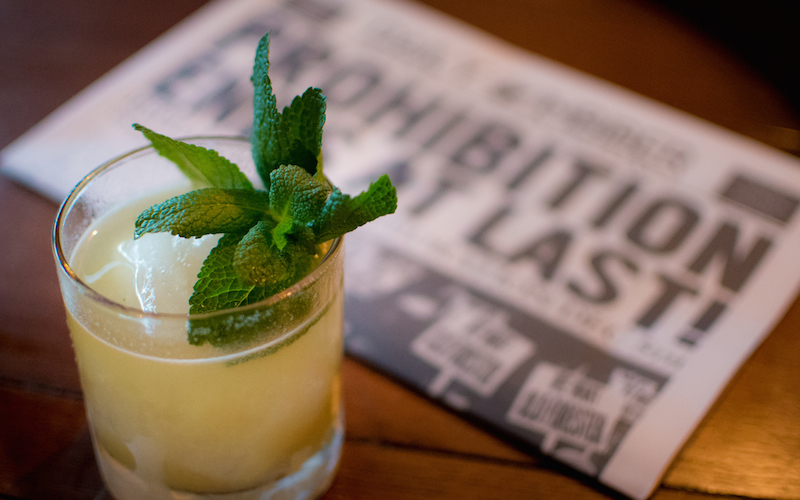 Directions
Fill a cocktail shaker with ice cubes and pour in 50ml of Old Forester whisky, 20ml of simple sugar syrup, 20ml of lemon juice, freshly torn mint and a dash of bitters. Shake vigorously.
Fill a glass with crushed ice. Pour the shaken cocktail over the crushed ice. Garnish with a wedge of lemon and bunch of mint.

Want to know where the best Whisky bars are ion London, we got the best for you right here.