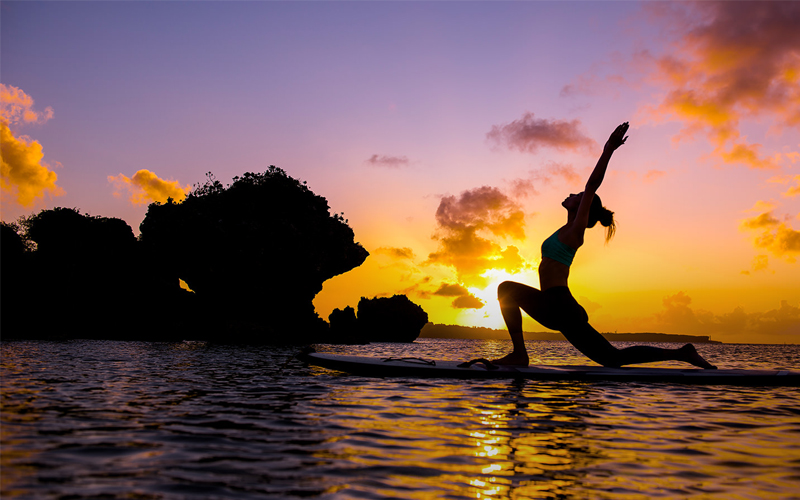 We went on big trip around Japan last year hitting Osaka, Kyoto and Tokyo but one place we didn’t get round to was Okinawa, the southernmost region made up of the Ryūkyū islands and the place where karate was invented. We’re putting it on our list for 2018 though because frankly, it looks too damn amazing not to experience. Plus the population there has one of the longest life expectancies in the world and we want a piece of that action.

Okinawa-Honto is the biggest island in the area and if you paid attention in history class at school you’ll know the name from the famous battle that happened there in WWII. The rest of the islands stretch over 1000 kilometres; that’s a lot of beaches to lie on and soak up the tropical weather. We’d start with the ones on the Kerama Islands, handily not too far from the Okinawan capital Naha.

Actually getting in the water is a must too because you can dive the coral reefs around Kuefujima, Nagannujima and Kamiyamajima, something we’re even more desperate to do after watching Blue Planet. In fact, you don’t need to stop at the sea, the whole region is seriously biodiverse, from the rainforest-covered Iriomote island to the gajumaru trees in Gangala, allegedly home to mythological forest spirits. That beats Kew Gardens any day.

We picked up a serious taste for Japanese food whilst we were out there (an obsession we’ve brought back to London) and Okinawan food has really caught our eye. Soba is big but not the buckwheat kind you find on mainland Japan, here it’s flour noodles often topped with pork ribs or belly, and there are loads of other dishes you won’t see anywhere else, even if you are mad on Japanese food like we are. The bitter green melon goya (often stir-fried with eggs, tofu and pork in goya champuru), umi budo aka sea grapes, brown sugar doughnuts and awamori, an Okinawan sake are all local faves.

It ain’t a holiday in our books unless you’re eating most of the time, and because Okinawan food is so good for you, being based on the idea of Nuchigusui (“Life is a medicine”), you can eat even more than you normally would. That is how it works, isn’t it?