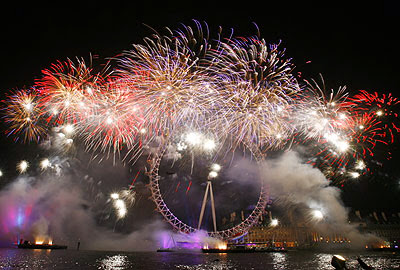 It’s that time of year again, New Years Eve 2012 but what to do? Where to go? Well we’ve given you 5 London recommendations below – something for all social souls…

One. Clocking in at number one is Trash The Disco, taking place at The Rising Sun home of Disco Bistro EC4. This should be the venue of choice for foodies as the night sees three of Londons hottest chefs (Neil Rankin – ex-Pitt Cue and now John Salt having controversially taken over from Ben Spalding, Matthew Chatfield – The Cornish Grill and resident chef Carl Clarke) combine to cook a four course meal which includes a whole crab cooked on coals, Pure Devon Ruby Steak and The Fat Elvis for dessert. Tickets cost £80 which includes food and a welcome drink and a 90s rave up after.

Two. At number two we have a treat for the revellers amongst us. CRATE, home to bad-ass pizzas and craft beers are opening there doors until 2am with pizzas, beer and bingo – what more do you need? It’s free to get in and should be a great place to start your celebrations which can then be continued (for days should you wish) at one of the many warehouse parties on it’s doorstep in Hackney Wick.

Three. Ok we’ll this isn’t actually on NYE it’s on New Years Day which is why it should be attempted by only the hardcore. Taking place at Paradise by Way of Kensal Green Tayo’s Tracksuit Party is offering the perfect place to retox all day long. That’s right you heard us a Tracksuit party so don your old school kappa and head on down for rave classics, hip hop karaoke and general mayhem. It’s £5 in and you might want to think about your sickness excuses for work the next day.

Four. Those people down at The Shackelwell Arms have a decent line up of bands and DJ’s which see’s local psychedelic rockers TOY headline the night. The annual SEXBEAT NYE party hand picked line up goes a little like this: TOY / Cherrystones / Charlie Boyer And The Voyeurs / The History Of Apple Pie / COP / Beach Creep / SEXBEAT. Plus the first 50 people get a copy of the poster…tickets are £10 in advance or £15 on the door.

Five. Head to the Shakespeare (Allen Road) with a group of friends; laugh, drink and be merry. Ok we’re biased as it’s our local boozer but for those looking for a laid back, low key affair without all the fancy, smancy s**t and door charges head along to your local. Who knows you might even make some new friends from the hood. Now repeat after us ‘should auld acquaintance be forgot……’

And if none of those float your boat there is a cracking warehouse party kicking off in The Designers Block, a NYE spesh Blitz Party or The Candle Light club with killer cocktails and bar food.