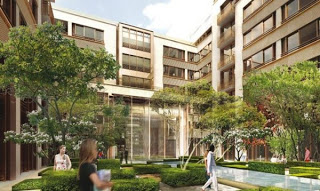 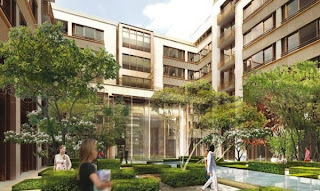 We just hope the bar which is described in the press release as the “place to be seen” is more welcoming than the bars in the Mandarin Oriental Barcelona. On a recent visit we were told that all of the public areas were been used for private functions although we could have cocktails in the Michelin restaurant. As nice as that is we prefer our cocktails in a bar or on one of the outdoor spaces they advertise!

No pics yet but from the look of the computer generated images the interiors look colourful, modern and light. To celebrate the opening the hotel are running a special “J’aime Paris” promotion between July 17th and August 28th. During the promo rooms start from 865 Euros and include a credit of either 300 Euros per room or 500 Euros per suite which can be used in the spa or restaurant.