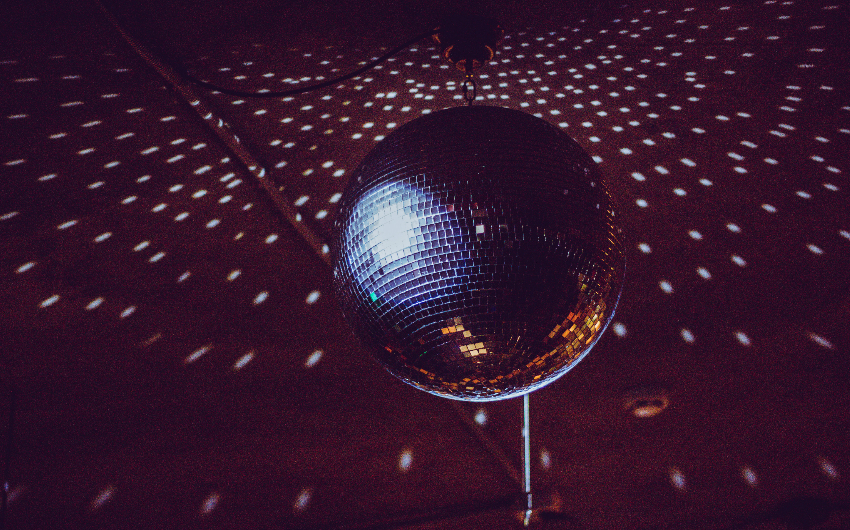 Don’t fancy ringing in the new year at a crap house party or ignoring it completely by getting an early night? Are you determined to go out but your mates just can’t decide on where? We’ve solved all your NYE woes and rounded up the events, whether you fancy dinner or something a little stronger, that’ll start off your 2023 in style.

Somerset House has a full evening of fun planned for this New Year’s Eve. Maximising every area of the grand building, you can late-night skate in the Courtyard while RuPaul’s Drag Race UK star Jonbers Blonde and Soho Radio DJ, head to the East Wing for a house party-style bar hosted by Foundation FM and, at midnight, watch the Mayor of London’s fireworks from the River Terrace. No NYE would be complete without bubbles, so thankfully there’ll be plenty of Moët to go around.

One of London’s hottest rooftop restaurants has pulled out all the stops for its New Year’s Eve celebrations. The evening will start with a glass of Perrier Jouët Grand Brut and Exmoor Caviar, followed by a range of sharing dishes and mains like dressed king crab, octopus croquetas, lobster rice, turbot in champagne sauce and finished off with more champagne and their famous manchego cheesecake. Glasses of fizz, a killer view of the city, and some surprises along the way – what more could you possibly want to enter the New Year with?

Ring in the new year by rolling around the rink at Flippers Roller Boogie Palace. BBC Radio 1Xtra’s Tiffany Calver will be headlining the NYE Rollerbash with special guests on hand to keep the party vibes going until 3am, and Flipper’s restaurant Hot Dogs and Caviar will keep you well-fuelled with wagyu smash burgers, caviar-loaded fries and Nashville hot chicken sandwiches. There are a range of ticket options too, so you can get in for an early skate or roll on in for the whole night.

There ain’t no party like a pizza party and that’s exactly what Hackney Wick pizza shop Slice Club will be throwing on NYE. They’ll be slinging NY-inspired slices for £3 and shots of Jager, tequila, and Jamesons for £3, and Music To Hoover To DJs spinning from 8pm, so it’s perfect if you fancy a little bite to eat and a boogie last minute.

Chef residency space Carousel is teaming up with the Audio Visual Arts Festival & Conference (AVA) for a brand new series, PAIRED. This inaugural event will see two respected DJs working with two of the world’s most exciting chefs to create a one-off multisensory dining experience. Chef Pablo Diaz will work with DJ Call Super, chef Emme Prieto will join forces with Yung Singh and both duos will craft an experience where food, drink and music will take centre stage.

Choose between an early night or an all-night celebration at Mayfair’s super-luxe restaurant and club Park Chinois with their ‘Dynasty – Rule the Night’ event. If you have somewhere else to be or aren’t fussed about staying up till midnight, you can head to the early seating in Salon de Chine for a festive set menu and performances from a live band. Or, if you feel like going all out, you can either join for the later seating (complete with live entertainment, an NYE countdown and a party after midnight) or enjoy the shows at Club Chinois

Both Top Cuvée and Cave Cuvée are making NYE simple this year – why agonise over plans when you can head to your neighbourhood wine bar for good food, good drinks and good vibes. At Top Cuvée, the category is French. Expect a four-course French feast with a glass of Champagne on arrival (tickets are £80). Meanwhile, over at Cave Cuvée, the focus is on oysters and fizz. There’ll be oysters (of course), a range of dressings, a festive snack menu, a special wine list and party tunes (tickets are £30). Bon appétit!

Decimo at The Standard

Benji B is back at The Standard for another epic NYE bash. After helping London’s party people ring in 2022, he’s gonna be doing the same for 2023, spinning all night long with another very special guest performance to help the new year go off with a bang. And if you want to make a real night of it, you can book a room as well as two tickets to the party, so you can just roll into bed that night, no taxi needed.

The Sea, The Sea

If ever there’s a time to go out for a fancy dinner, it’s NYE and that’s exactly what you can do at The Sea, The Sea. The 12-seater chef’s table will be serving up a decadent 12-course seafood tasting menu featuring the best of the day’s catch as well as fish that’s dry-aged in-house, with dishes including king crab, lactic custard and caviar, alongside sakes, wines and grower champagnes.

The newly opened Milk Beach Soho has caused quite the splash since opening back in September. As well as offering killer modern Australian cuisine and natural wines, it also has something that is sorely lacking elsewhere in Soho – space and light. The new building is accessed from an alleyway on Greek Street which opens out on to a pretty, hidden courtyard where you’ll find Milk Beach – it will make a great spot for NYE, offering something relaxed and fun right in the heart of town. There’s an early sitting (£125) and a late sitting (£185), and both include a set menu, wine, and a Milk Beach goody bag. Bonza!

The newly-opened Maria G’s in Fulham will be open on New Year’s Eve, offering brilliant Italian dishes from Robin Gill and Aaron Potter. There’ll be live music all night and each booking will include a glass of champagne on arrival. The menu costs £145 per person and includes some excellent-sounding dishes including Sage & Anchovy Fritti; Squid Ink Linguini with Cornish Shellfish; Florentine Steak for the table to share, Red Wine Braised Tardivo & Gorgonzola Dolce; and Set Chocolate Mousse, Piedmont Hazelnut, Marsala Cream & Gelato.