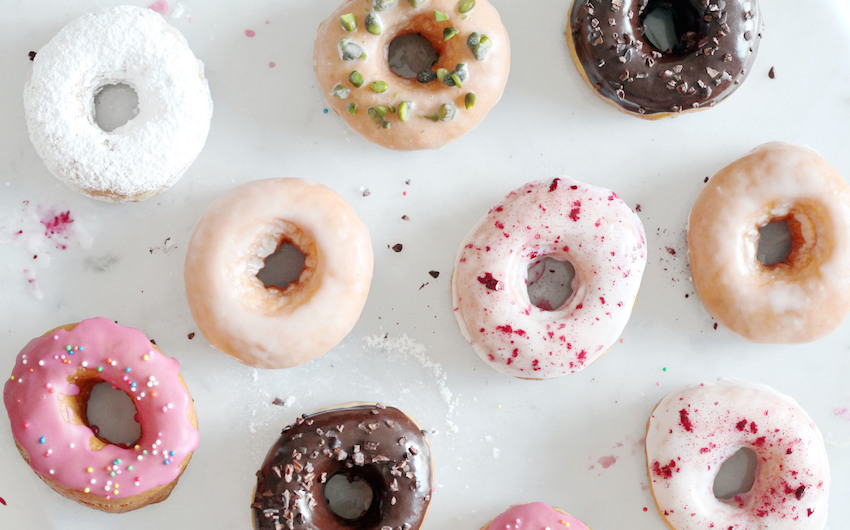 They were once called ‘Nun’s Farts’ by the French and during WW1 they were fed to homesick American soldiers in the trenches to cheer them up, and after eventually arriving in the UK in their dozens, the doughnut or donut is no longer just a cop favourite, but a national one. So it’s almost unbearable to think that our much loved sweet treat might’ve originally been a mistake, when a cow accidently kicked a pot of oil into a mixture of pastry.

Glazed, cream-filled, chocolate-covered or oozing with jam, we just can’t get enough of these bad boys and we even have a HOLE week dedicated to the little oily cake. That’s right, our little island might not be knocking 10 billion doughnuts like our trans-Atlantic friends or we might not be able to beat the World record and eat a doughnut with no hands in less than 33 seconds, but we’re sure to give it a good go. So to celebrate National Doughnut Week, we’ve picked our top doughnuts in London Town.