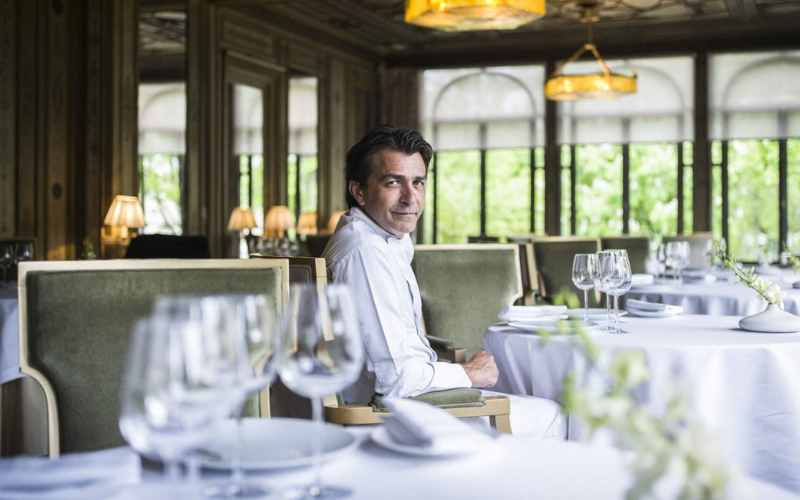 Yannick Alléno is a pretty big name in France, holding Michelin stars for his restaurants Alleno Paris (three star and former entry on the World’s 50 Best list), L’Abysse (two star), and Pavyllon (one star), and now he’s bringing the latter to London. Clearly the capital is a big draw for those across the Channel because Mauro Colagreco, the chef behind three-star Mirazur on the French Riviera (also named ‘The Best of The Best’ in the World’s 50 Best in 2021), is also opening his debut London restaurants this year. Coming to Mayfair next year, the London outpost of Pavyllon will be his third, joining the ones in Paris and Monaco, and it’s sure to be one of the openings of the summer with all that pedigree behind it.

The Parisian Pavyllon has the majority of its seats around a large counter looking into the open kitchen, with a modern French menu that takes inspo from Nordic and Italian cuisines alongside some teppanyaki grill cookery. That blend results in dishes steamed cheese souffle with smoked eel, green lasagna, fried red mullet with oyster tartar, and roasted veal sweetbread with girolles juice. We’d expect the counter set-up to be similar for the London restaurant although we don’t know where exactly it’ll be yet (there are rumours about the Four Seasons) and we don’t know what’s gonna be on the menu, so watch this space for more…